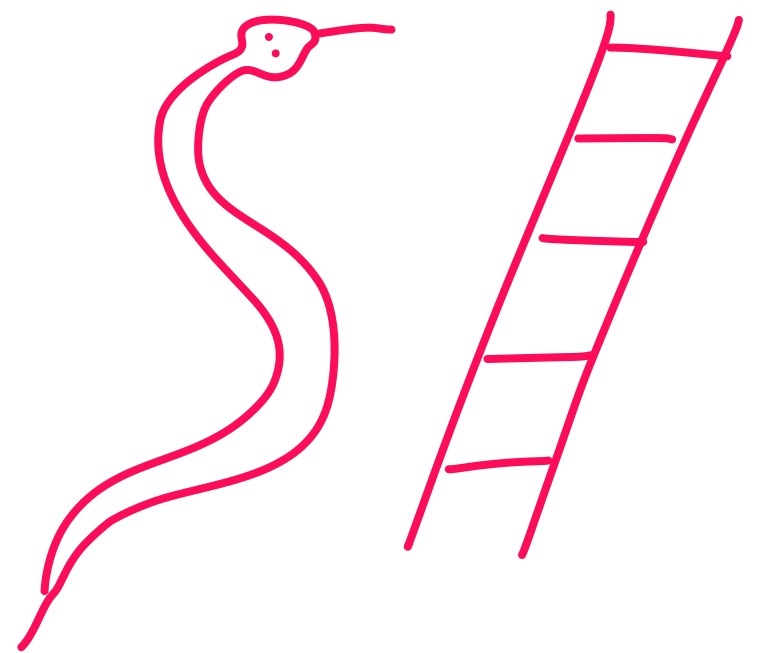 Here’s my little-school rendering of a snake and ladder. Instead of using wax crayons, I smeared my fingerprint over a tablet screen.

I was in the vicinity of an informal breaktime get together of a four-strong team working through a specific workflow issue the other day.

And they got to looking at what would help or hinder their process.

Rather than deploy the obvious ‘+’ and ‘-‘ signs, or even the oft-seen Pro or Con column headings, a snake and ladder (just like mine) adorned each opposite margin. Bullets duly appeared alongside each as brainstormed.

I must say I quite liked this injection of personality into proceedings.

Being evocative of infant days as it is, it was also fairly disarming.

There’s a clear parallel between a snake and a threat, a ladder and an opportunity isn’t there. What would represent a strength or weakness I wonder? A winning board of noughts ‘n crosses and a hangman?

In any case, it’s just this kind of thing that stays in the mind of prospects, and begins to help you separate up and away from any competition.

I remember one SWOT session I was party to years ago. The chair didn’t want to use the word weakness (too negative for HR types) and instead used an ‘I’. As in Improvement areas. He then bafflingly pronounced it aitch. So that ‘swot’ became ‘shot’ Apparently in honour of Welsh, where he reckoned an ‘i’ with a hat on it (like a French circumflex; ^) became an ‘h’. Really. Yet what I take from this crackpot buffoonery, is that I still remember it. 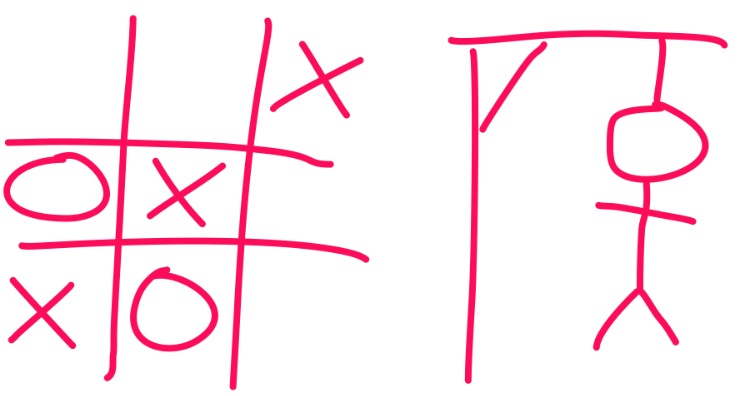