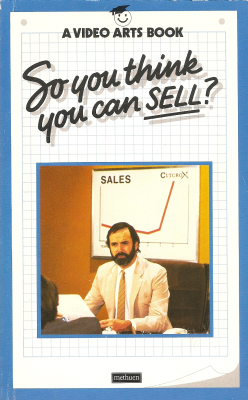 Comedian John Cleese made plenty of videos in the Eighties with his business training company, Video Arts. One such feature came in 1985, So You Think You Can Sell.

The accompanying script which I recently re-discovered is light on earth shattering insight, choosing instead to offer entry-level guidance. Here’s an example summary box;

The skilled salesperson will have a repertoire of means of getting past false objections.
‘Leaving that to one side for a moment…’
‘Supposing that weren’t a problem…’
‘I’d like to come back to that question, but…’
‘That’s an interesting one and I think I can give you a satisfactory answer there. But is that your only worry?’
‘Well of course that’s one way of looking at it. But is that the only problem?’

The best section regards Negotiation. Entertaining pointers include to always counter a straight discount demand with a provisional additional product order and use the cloak of Head Office not wearing such a reduction, unless the order is a larger, longer one.

The video’s script is punctuated with a series of cartoons, credited to a Shaun Williams. Although fairly gentle, I realise there’s an interest in these kinds of messages, so here’s the best half-dozen. 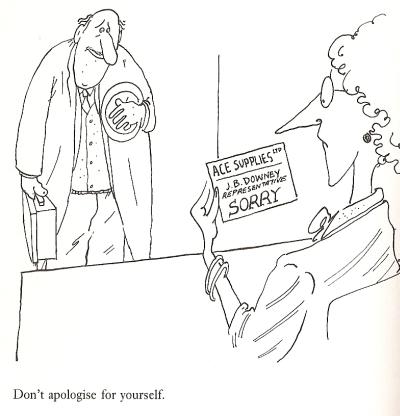 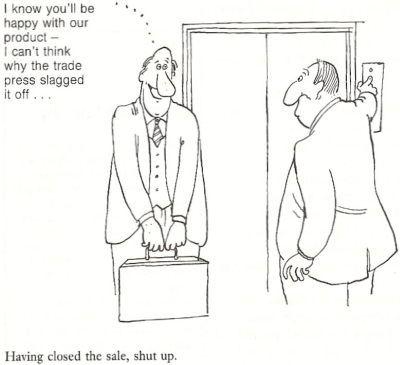 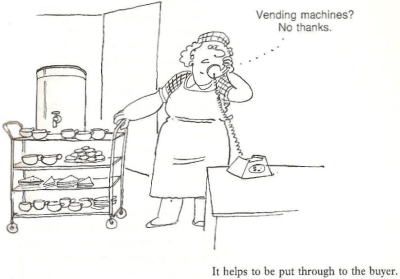 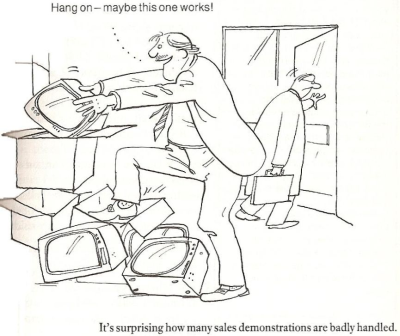 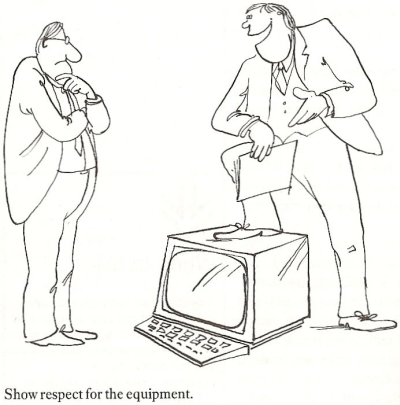 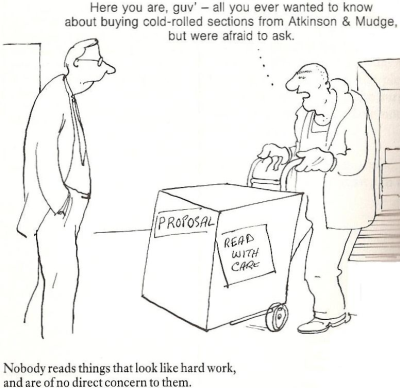