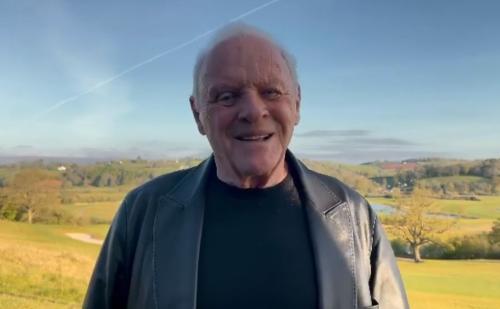 When does a ‘talking head’ TV documentary style presentation replace your own zoom setup?

Above we see 2021 best actor Oscar-winner Anthony Hopkins. His recorded, brief ‘thank you’ from Wales. Perched above what looks like a golf course. With perhaps strangely timely aeroplane trail line in the sky.

Contemporary renderings of the trusted trendy telly insert have not altered much from when I first became aware of them.

These are essentially one-way snippets.

Another which arose from Oscar glory, is Capetonian’s Bishops old boy Craig Foster. Of My Octopus Teacher documentary success.

His thank-you is also set against a pretty sparse, almost non-descript, background.

Partial view of what may be his own underwater photography of the local False Bay kelp forest. Check out those goggles hanging up. And for good measure, a campaign t-shirt.

Keeping with the ‘saving our seas’ theme, the latest siren call documentary showing how crazily we are plundering our oceans is Seaspiracy. It adds to the time-running-out alarm of The End of the Line.

He opts for a simple shot in a lab. 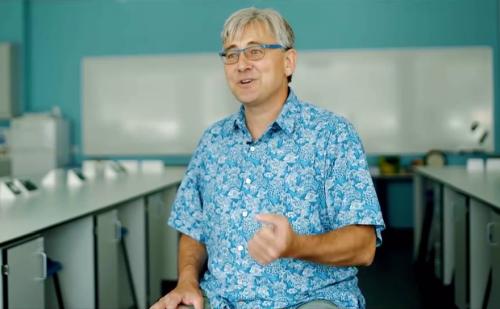 Albeit one impeccably (unrealistically?) clean and tidy. Not even the whiteboard is marked. And how about the colour-co-ordinated fish-themed shirt too?!

Then we have the mea culpa. Or as is now so-often labelled by a cynical media, ‘the non-apology apology’.

In this case, it is from one of the self-styled elite owners responsible for fan opprobrium and pundit bile, Liverpool Football Club’s John Henry. 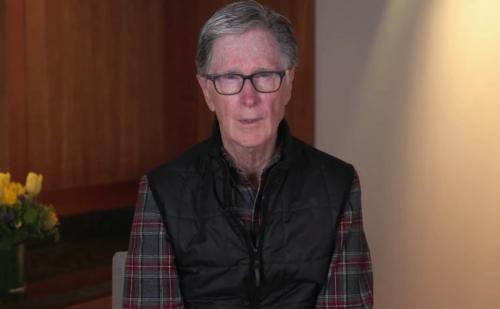 As many an observer (me included) instantly noted, how a high-end hostage video looks.

The angled corner background. Empty wallspace. Cheap chair. Solitary, perfunctory bunch of flowers to the side.

The break-from-the-norm setting can be a useful tool to remember.

Especially useful for the quickfire meeting. Running through a single point. Or one of those ‘keeping in touch’ or ‘brief update’ ones. Especially if everyone is to get out of their chairs and physically stand-up for it.

Then let’s consider a heavyweight politician on the campaign trail.

On the local election stump in the English Northern town of Hartlepool, UK Premier Boris Johnson chose this unusual setting for his latest pandemic unlock statement. Standing in an empty canteen. 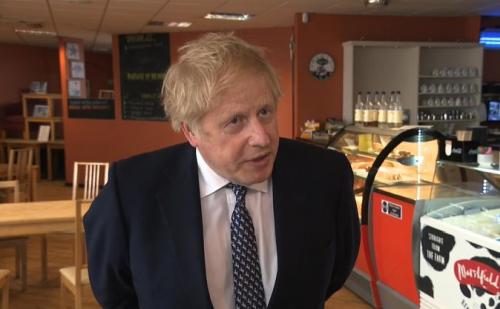 Lastly, from the constant drip of the man currently having his chips injected into all our arms. Or not. 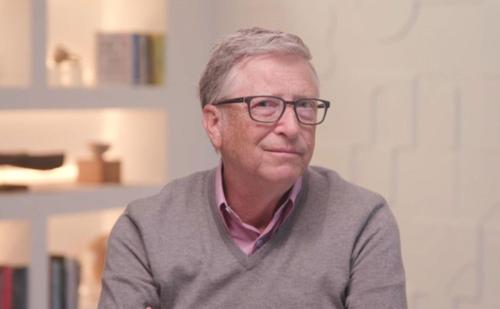 Bill Gates, an inspiration to us all that someone with neither vision nor charisma can make it big. Alas in his case, through the kind of technology ‘borrowing’ that he himself abhors when a foreign country – first Japan, now China – rampantly engage in.

Still, he likes the blurred background.

This was the only lengthy two-way dialogue in these six examples.

It comes across as hiding something.

Both unnecessary and damaging when trying to promote yourself as the transparent saviour of the poverty-verse.

On our video calls, say with someone pitching to us or in a once-off enforced different/private setting, the blur feature can be used.

Yet in the main, our scene dressing should be a way to enhance our credentials and way of thinking.

The fact Gates eschews this certainly lets the viewer infer quite a bit, hey. Don’t let your audience do the same.