This is Breguete. He’s a devoted dancer from the Rio favela (as Google’s dictionary states, “a Brazilian shack or shanty town; a slum“), Complexo do Lins.

With the World Cup looming, Brazil is getting all kinds of documentary time. Not all of it the type of tourist PR the country would like.

On this particular one I just caught, favelas like Breguete’s appear pits of drug-fuelled oppression, ripe for the police policy of “pacification”. Yet stories of humanity emerge that can warm the soul.

Breguete managed to reach the finals of a national street-dance competition.

His passion so consuming, he even runs classes for the local youth so that they may avoid becoming gangster pawns heading for an early grave.

During just such a lesson, he demonstrated one of his key learning tools; the dance-off. 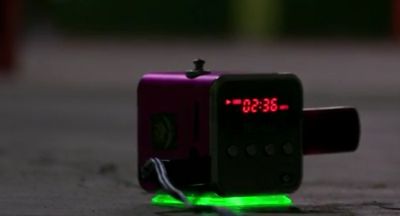 Two students take turns to strut their stuff. Through this tiny cubed beatbox, music blares for their 45 second slot. When done, attention turns towards the three assembled ‘judges’. The comedy tension mounts as they prepare to deliver their verdict.

We learn that how they signify their decision is exactly the same as on the national competition’s stage. When Breguete instructs, they throw out a horizontal arm in the direction of their winner’s corner. 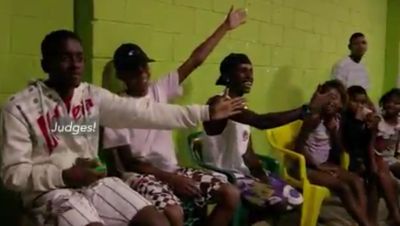 Now. This reminds of me of an old conference trick.

I thought it pertinent as we are approaching those half-year re-kick-offs so beloved of large corporate salesteams.

As an exercise in breaking up the monotony of such event, and to ensure requisite attendee engagement, I often give out a small task to the assembled reps.

Think of a topic, go away for ten minutes and come back with a 45 second spiel.

If you have a ‘live’ subject – one you’re especially trying to drum home – it’s a fairly simple exercise to ask people to create a ‘pitch’ for it. Their prose, their patch, their personality.

Then present to the entire team.

They’ll only be doing it for the first time in all likelihood, so you can ease any undue pressure as required.

Then you come to voting time.

With the global explosion in singing and general talent shows, we all know the difference between a ‘nasty’ and ‘nice’ judge.

I do like the way the Rio guys’ hang out an arm.

You could even appoint judges if the whole room is too large.

And again, to lessen any stress if so desired, you could even have two or four judges so that a draw is an honourable result.

A word of warning though.

I have done this myself a few times.

One memorable time, two teams were sent to craft a new product pitch.

On return, the audience that hadn’t competed in the exercise voted. Scores were level. I was commanded to anoint a victor.

Which on the tie-break basis of a good use of figures, I duly did.

I then received so much grief from the vanquished that many subsequent tasks were almost jeopardised. You see, the loser happened to be the Number One salesman. He hated being ‘beaten’ by a young upstart, as he saw it. And seethed throughout the rest of the day. And into the night.

It necessitated much behind-the-scenes cuddling of ego to temper, but a danger lurked nevertheless.

So all I’d say is that I love the dance-off tactic at any sales conference. Just plan in advance a little so that you stave off any bad loser disenchantment and ensure proper motivation is spread universally.