To help football fans cope with the difficult emptiness between the end of the season and the start of the World Cup, a documentary of Ryan Giggs’ 4-match stint as Manchester United Caretaker Manager is out.

At one point I feared the only takeaway would be that said Ryan, contrary to the prevailing wisdom about footballers’ life skills, can actually tie his own shoelaces and knot his ties, such was the airtime given over to filming him getting dressed.

Still the odd sweet insight did emerge. Although they were frustratingly too few and far apart. Who knew that even at a club the pedigree of United, the team is still picked as it is by pals over a pint in the pub? What a relief.

After the no-debate about where to park (“there’s no point in messing about” as he drove straight into the ‘gaffer’s’ spot), when first pictured behind the Manager’s desk he was clearly at ease.

He explained how intense the behind-the-scenes ‘work’  was to him.

He brandished a media report, of a size to make rain forest savers wince. Then a pack of stats, for everything over the past five matches. Finally, he waved a breakdown of all the previous season’s training sessions (pictured below).

Whether you’re a manager of a sales team or not, I hope you find this level of analysis and documentation fascinating.

Which essential latest trends in your sector or specific skillbase are gaining traction?

What are the precise stats around your last handful of deals?

How do you track what training has being done and how well it is being embedded across the sales effort?

Not simply thinking of these, but crucially monitoring them, could make a real difference. This fella’s won more club silverware than any other player. He values it all to reach the top. Do you…? 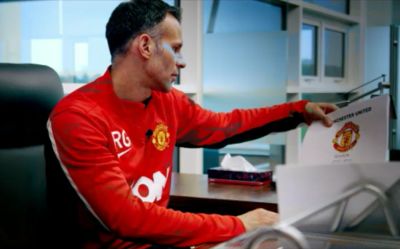