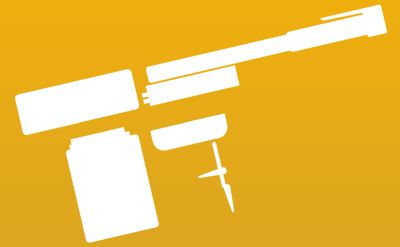 So I was delighted to hear he also knew of that most Bond villain of objections; it costs too much.

Naturally, he left it defeated, shaken and stirred.

Here’s the tale on a common version of this hurdle, as recounted to London’s Telegraph Money section in 2012;

The Bond role creates numerous commercial opportunities. What was your most lucrative endorsement?

I did a commercial for James Hanson, Baron Hanson of Hanson industries, for which I was going to get paid $1m. He said to the fellow who arranged it all, “That’s a little excessive for three days’ work,” and the reply was: “No, it’s for a lifetime’s work.”

There’s no argument, is there?

I’m reminded of the buyer who once tried to tell me a computer program was overpriced because they could buy a blank cd on which it came for less than a quid.

File the work’s gestation-duration handle of 007 alongside the classic Picasso napkin drawing dinner payment and the machine engineer forced to itemise his bill into ‘hitting’ and ‘knowing where to hit’. Then fire with eyebrow suitably raised.