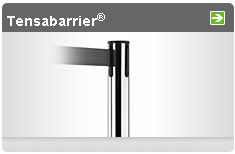 I learned of one brand name in the marketplace for those barriers you get where the seat-belt style fabric slots into a pole, so beloved by airports and New York clubs.

I caught the start of the Istanbul Grand Prix today, and the former driver, now grid interview madman, that is Martin Brundle. He pointed out these very queue management systems helping to maintain order around the looking-ever-unpassable Red Bull of current champ Sebastian Vettel.

His comment was that as he was preparing to hunt down the racer for a pre-start word, he saw someone polishing the pylon. He was taken by the attention to detail that must roar through the team’s DNA. If they get on the case for something as mundane as a tensator pylon, then surely nothing goes unattended, he inferred. He was clearly impressed.

And it’s a cracking point. For as salespeople and a salesteam, what’s your attitude towards such? What’s your equivalent of a seemingly innocuous queue barrier. And who thinks to polish it?