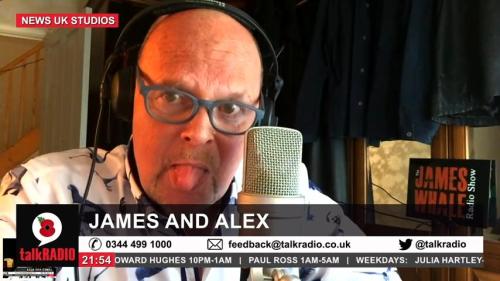 For most of his near half-century broadcast career, night-time talk shows have been his domain. He even appears to be the pioneer in the genre across England.

Incidentally, some of the best non-corona real-life broadcasting last year was between he and his friend, businessman Theo Paphitis. Their spontaneous recounting of the night after James’ wife of 48 years died. Theo took him out for a drink. A long one. Not a dry eye anywhere. Neither in studio nor listening in. Stunning humanity.

Anyway, I heard him delighted to be re-homed for a national player back in his preferred slot of 10pm-1am.

You could certainly tell the difference in his demeanour.

More antagonistic, opinionated and giving an air of being fireproof compared to his previous 7pm-10pm spot.

One nugget for us did present itself whilst he adjusted to his new conditions. To précis;

‘I’ll never forget what one of my first producers said to me, that when it comes to cameras, the higher the better’

He expanded that the lens should be looking down at you for best effect.

A simple pointer, but a goodie nonetheless.

We’ve all seen the perils of a chest-height webcam. The enlarged nostril shot that ensues. The ghostly, glaring, imposing face. The unwelcome too long glimpse into someone’s beneath-the-chin world.

Never hurts to re-check your own set-up. And to bear in mind for next time you’re dialling in from a new location.

…a selection of James on air, first a trio from talkradio-tv, then from national breakfast telly the day he revealed his own returning cancer diagnosis, where interestingly, he seems to forgo his own camera angle advice; 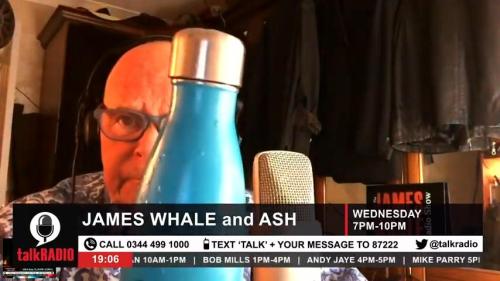 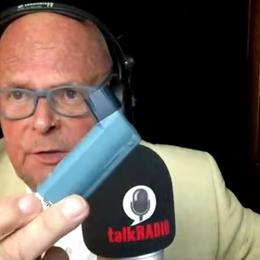 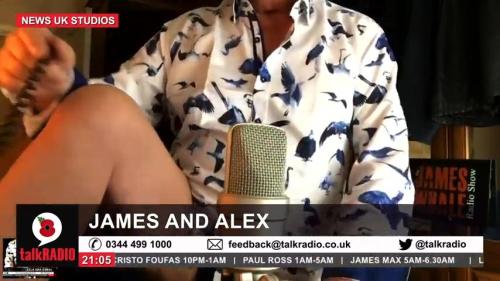 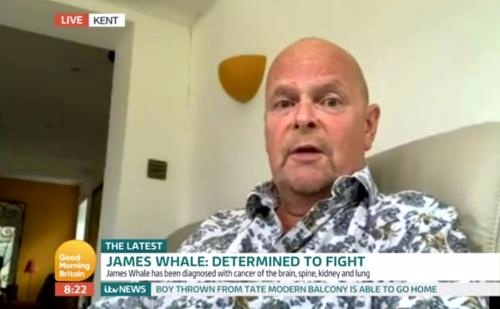