I can be gripped by good reviewers. From captivating political sketch writers (Quentin Letts sadly currently neutered behind a paywall), to movie reviewers and the world of dining out assessors.

From whom, Giles Coren has been a firm favourite. Even since before he gave a (thankfully) superb recommendation of the relief of a wonderful new chinese opening near where I once lived, despite warning against walking there ‘through roads named after recent stabbing victims’. Ahem. Then there was the peerless AA Gill [inspiring posts back in 2010 & 2009]. I’ve even blogged in the past too about experiences of Anthony Bourdain.

There’s plenty to enjoy from London-based broadsheet restaurant critic Jay Rayner. A relish for metaphor. I now learn author of ten books. And he also unleashed webwide mischief from a scathing 2017 review of a Parisian Michelin 3-star place [check out these “adorable kittens” for an idea for your next slide deck as a bonus…].

I’ve often tried to capture the magic of constructing a spellbinding review and transpose the method onto a winning pitch. So I was delighted to catch a snippet pointing in the direction of how he forms success.

The best (as you might make out from the screenshot up-top), come from stories. So often you hear the dreaded “score-based forensic analysis”. Supposedly to grab the attention of all those data-hungry techies, hey? Yet nothing betters a hearty tale. One that’s engrossing, engages and allows for strong, positive and actionable recollection. And certainly far from “tedious to hear”.

A lesson well worth remembering when you cook up your next salivating sales dish.

So, with apologies to the original recounter, a Sales-facing remix of their driving pillar for our domain;

My pitching is about how much pleasure (or otherwise) your money will buy you, and that’s what I have to communicate. But to do so, as with all selling, I have to find the story. It might be about the rise and fall of [_____], or the joy of stumbling across [_____] by accident. I need an idea to hook it on. It’s definitely not a score-based forensic analysis, which would be tedious to hear. It is, first and foremost, a selling job, not a telling job. You need to put the listener in the seat next to you. 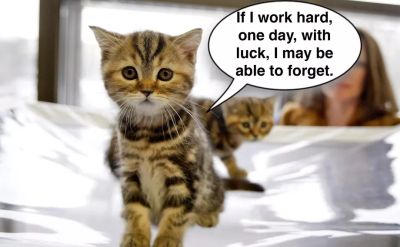