What an incredible good news story. With the final trapped miner, and team leader, now above ground, you can’t help but reflect on how amazing the pictures were over the previous 24 hours. In terms of coverage, it was pleasing that none of the London news networks spoke over any moment the miners stepped out of Fenix 2 into the arms of their loved ones. And what about that camera in the mine itself? Truly awesome.

From a sales point of view, an entire case study of handling adversity seems to be emerging. But in the immediate glow of the successful rescue, I’ll pick out just one tactic.

Once the miners were located, three separate drilling operations began to create their escape chute. It was Plan B that made it through.

One goal. Three ways initiated to reach it.

I’ve noted when a salesteam launches a new product, there is usually just Plan A. Plan C is unheard of. Of course, we don’t all have the resources of an entire Latin American country (and more) to call on, yet you do suspect that pursuing more than a single drill to carve your tunnel can be possible at the outset.

Especially in terms of pilot tactics. The base-level approach to pushing a new product is to let the whole team loose on it at once. Yet this hardly ever brings the rewards gunned for. So when this Sales Plan A stalls or veers off course, as in Chile, what happens?

It doesn’t take much to have an alternative running. It needn’t even be in the limelight. You have field reps fully loaded, what about internal ones? You’ve mobilised new business hunters, what about the farmers? Your national major account managers are doing one thing, are your territory team doing another? If the focus is on single uptake, what about bundled offers? Where you’re link-selling, can you also switch-sell? Where your traditional approach has been through one functional area in your customers, can you try a different door? Does a once-off purchase hold run-rate potential?

I had a terrific time in Chile myself many years ago. Here’s some pics I took there that remind me. 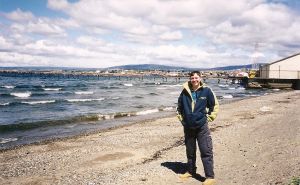