Yes, I do love it when a powerpoint presentation makes global headlines.

Marcelo Bielsa is in the highest tier of football coaches. He’s managed his native Argentina international team. A top job. As well as neighbours Chile. At club level he is now reviving sleeping English giant, Leeds United. They currently lead the pack trying to reclaim their Premier League spot after a 15 year absence.

But. It allegedly turns out he’s a self-confessed “cheat”. He considers it fair game to “spy” on upcoming opponent’s training sessions.

Let’s be clear. This is not right. Surely the authorities at the very least cannot fail to charge him with bringing the game into disrepute.

After this tactic came to light this week, Bielsa held an “emergency” press conference. He gave an hour long powerpoint presentation. The media lapped it up. Even describing it as watching an “analysis masterclass”.

There’s all sorts of video of the well-attended event to see the slides he uses. A selection includes; 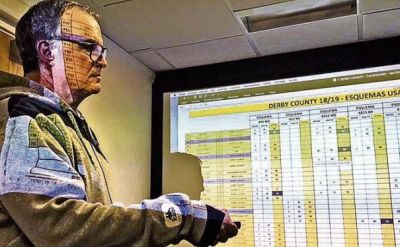 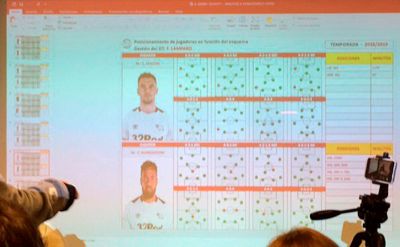 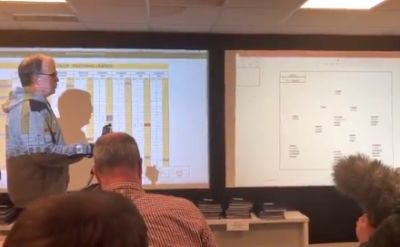 Apart from the use of tables and diagrams generally, perhaps the most startling reveal was the time taken over analysis.

For this particular opponent, they looked back at their previous 51 games. Each match took them four hours to analyse to their satisfaction. To make the calculations simpler, you could say that with added, stoppage time, each lasts one hundred minutes. So the 4hrs of 240 minutes beyond 100 represents 2.4 times longer.

Is it the same that following a one-hour meeting, to assess fully means devoting 2.4 hours afterwards?

That doesn’t solely encompass the chatter. It’s probably encompassing the graphic output too.

You may well not enjoy the generous backroom staff of a professional football club to undertake such work on your behalf. So how are you scheduling in such time?