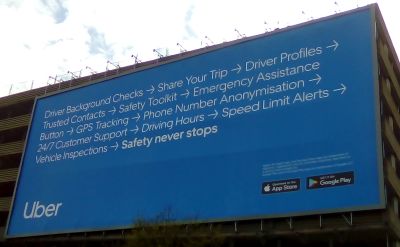 Here’s a phrase you might have heard. Many a pitch for some radical new marvel contains something similar. Indeed, since any truly disrupting tech has swept the globe, it’s been a well worn trope. Today’s incarnation is akin to;

Whilst I am a fan of the high concept movie-style sell (‘jaws in space’, anyone?) – as well as its musical equivalent RIYL, where the proposed must-hear act is framed with reference to two or three others – its transposition to the corporate setting is rarely deployed with aplomb. Usually, as here, it’s a lazy mass-disrupter piggyback which fails to ring true. Various mehs, whatevs and eyeroll emojis the only audience result.

As a sidenote, such ‘associative pitch’ exercise is often well worthwhile for a new product. Taking inspiration also from as broad a range as cars, gadgets and even pizza toppings. Yet in a workshop setting the restrictions in instant salesperson creativity can hit you like you’ve trod on a cartoon garden rake. So treat with caution and better to perhaps ask the non-sellers first.

Back to the taxi trade toppling app on the march. After flotation, they’ve a series of new ads. Above is one such huge billboard from the middle of England. 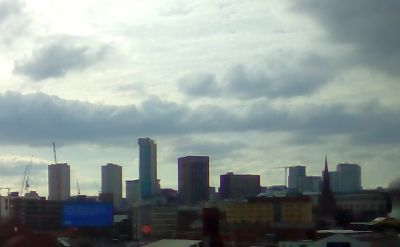 It looms large for citybound commuters there.

The campaign has a name; safety never stops.

The three emboldened words on the print above, which also feature for lengthy hang time on the animated electronic screens around too. 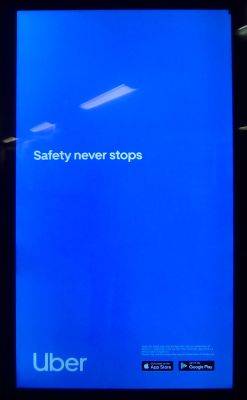 They’ve clearly identified the issue of “safety” as a prime and live one to tackle. You’ve probably noted reports of unsafe cab dangers run amok.

The company select a dozen reasons they feel address this issue. Twelve ways in which they reduce the risk to as zero as they can. Features that they believe provide protection, and peace of mind.

They even name a colour in honour of this endeavour; “safety blue”. Here it is below. As the backdrop for their right-arrow.

This could well be a slide with a specific intention of yours writ large. Swapping in your logo hue, perhaps.

You could even build on the Uber reference. Safety in solution selling can feature as mitigation. You may well have a dozen angles of your own that show how you focus on failure prevention too. If they can be summed up in one phrase, so much the better for a telling slide. 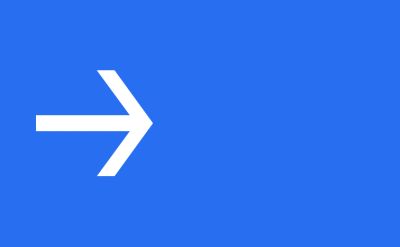