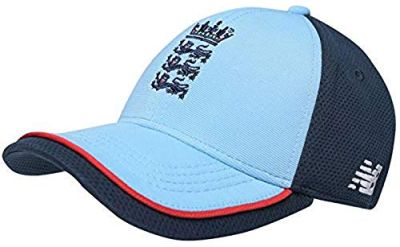 “Our values as a team include the words ‘courage’, ‘respect’, and ‘unity’, symbolising the three lions on our cap, and taking that cap forward across all three formats and all squads.”

Alongside colleague (& Test skipper) Joe Root at the Shangri-La Hotel, away on tour in Sri Lanka November 2018 during a four-year cycle of planning for ultimate glory.

Today, the team are World Champions. After quite the most incredible climax I’ve seen any team sport Final serve up in my lifetime.

Successful sporting team culture adoption can be a fraught exercise for a salesforce. Yet often one well worthwhile to attempt. Taking specific elements can and does raise the level.

There’s plenty to admire in this Team England approach.

Anchoring each of the crest’s three lions to a value feels a master stroke. Underneath the crown, which also signifies the team in general. Where representing your country and wearing the shirt is an honour to be passed on, which you must treasure as it can be broken.

Everyone operates with a visual branding of sorts. Pretty much any marque will have something you can attach driving forces to.

Yours may not be as readily available as the famous Three Lions, first adopted as a national coat of arms back around the year 1189. Yet as all-conquering Manchester City Football Club sports psychologist explained when consulted, a simple team culture that players (in their case from different nationalities and speaking multiple languages) could buy into is of great importance.

One of England cricket’s own sport psychologists, former player David Young, helped realise the power of the simple visual reminder created from the team badge.

An elite athletic pursuit can clearly be far removed from many a business endeavour.

I’ve been both witness to and participant in several culturally focused projects. I’m struggling to think of one that adequately embedded.

My first exposure was early in my career (without a quota to bear). Part of a unit in a huge organisation tasked with “social engineering”. The number of people I heard dismiss our efforts as “straw that breaks the camel’s back” I found deeply disturbing. A real-life demolishing of MacGregor’s Theory Y. So crushing to find cogs that prize active disinterest in the machine.

Involvement, buy-in, purpose. They remain pillars of success in any related pursuit.