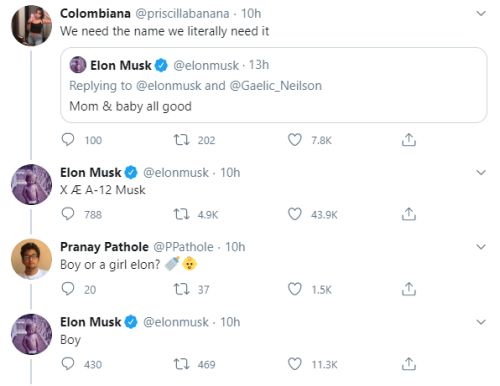 How to own the internet; lesson ‘a dash twelve’.

Although not perhaps as headline-grabbing as last week’s newly arriving little Wilfred Lawrie Nicholas (the third name for whom with its homage to a pair of life-saving doctors left too many a Leftist howling), the latest newborn of gazillionaire tech wizard Elon Musk caused online mayhem.

When asked what the lad’s name was, the reply duly tweeted forth;

It may or may not be fooling around japery. Perhaps influenced by the father’s Space venture ‘X’ and a recent album track of popstar mother Grimes, 4ÆM. Or not. Luckily, the new mum soon stepped in to ‘clarify’;

•X, the unknown variable ⚔️
•Æ, my elven spelling of Ai (love &/or Artificial intelligence)
•A-12 = precursor to SR-17 (our favorite aircraft). No weapons, no defenses, just speed. Great in battle, but non-violent 🤍
+
(A=Archangel, my favorite song)
(⚔️🐁 metal rat)

Which quite hilariously, prompted the new dad to provide a quick correction; “SR-71, but yes”.

Mother then whipped up a frenzy by adding, after complaining she should naturally be cut a little post-natal slack; I think it sounds like the name of the main character in the story 🪐 I hope he vibes with that.

Yet sadly the web’s bubble got burst with some sage later suggesting it actually stood for Kyle.

Yet Musk also stated X is ‘just the letter x’, and Æ is pronounced ‘Ash’. Before mum contradicted that you follow the sounds of the letters, X-A-I. Whatever any of this means, it does though break the internet.

It always reminds me to blog about the power of a great label for your buyer’s project. Specifically, one that you both help them conjure, and that applies solely to your unique dealings on it. Own the name, own the signature.

What’s interesting about the Musk quip, is that it includes terms not commonplace.

What does æ mean anyway? A vowel midway between an ‘a’ and ‘e’ sound?

And what about the digital suffix? Does it really matter…

The point is that it’s relevant to somebody. Whether made up on the spot or carefully constructed. Now a knowing piece of in-language shared by all those in the know. And those wanting to show they’re ‘in on it’.

An unusual symbol as part of your project name could well catch on. Maybe not as quickfire as released into a world under lockdown, but certainly could help transfix your bid’s universe.

presentation bonus – & how about the pr savvy birth cradling shot wearing his own t-shirt from the Space X store, here reproduced using starker colours, ‘capture it’ font & without the planet image to the right; 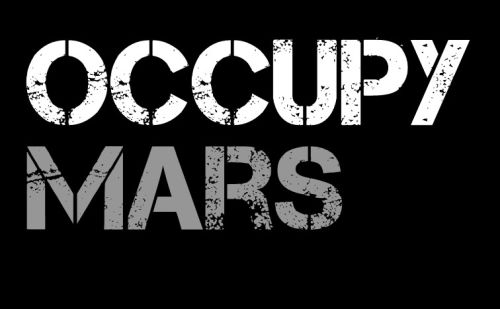