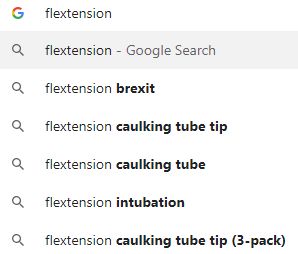 Proving yet again that those eurocrats are canny negotiators.

This week’s output provides not one deadline date, but two. Each conditional on certain actions. The main aim (Plan A) acceptance delays to the farther horizon. Failure, and the closer one takes over instead.

(April 12 is looming, but could merely be a staging post to a later, or much later if ever, date. May 22 might not ever kick in as a final break-up. And let’s not even begin to comment on that week being the next Brussels elections slot…)

I often blog on how owning the language allows you to win the sale.

Even better, if you get to ‘brand’ a key component(s) of your prospect’s issue and resolution you invariably place yourself in Position A.

This new political portmanteau sees Remain continue their successful dominance of the syntax after losing out with such a smash to the very term ‘brexit’ in the first place.

They’ve somehow managed to get “no deal”, ” cliff edge” and “crashing out” build on the early defiance of the bbc “despite brexit” work. Flextension already feels like another winner for them. Diverting unwanted attention from their areas of potential dodginess. ‘…arh look, aren’t they being sooo reasonable…’

Leave still appear to have little comeback since coining Project Fear worked its wonders. “WTO deal” never took off, “managed transition” failed to spark. Right now I can imagine Brexiteer hq desperate to try and wrest back the neologic initiative.

Are you consciously seeking such pitch-shaping words?

A final aside. Adding in the side-point that a flextension is now a winning idea to deploy in your own sales campaigns. Giving us a new tool within which to frame ‘deadline dates’. We can need to drop in the ‘urgency’ close concerning a potentially vanishing type of delivery resource. Is there now a ‘softer’ (…oops) way of utilising this through the EU double-date trick? Can you introduce your prospect’s own ‘flextension’?