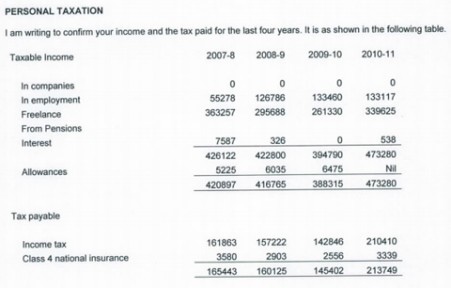 Even though I’ve not been ‘at home’ in London for quite a while, the upcoming mayoral election is of great interest to me. If I were a penitent chap, I’d be praying for the right result. That does not mean four years of Ken. Absolutely not.

It was with glee I read about his trauma over his alleged tax avoidance schemes. Despite what the always spot-on Andrew Gilligan post-scripts to one of his almost daily observances, the Red One appears still yet to provide the data.

This issue also caught my ear because of American presidential hopeful Romney pratfalling into panic over the same problems when I was there the last couple o’ months. Luckily, he’s no chance of winning his main poll either.

Has Ken been on the fiddle? However legal, deliberate tax avoidance seems to carry the same horror for the electorate as if it were tax evasion.

So incumbent and front runner (phew) Boris (disclosure: we once shook hands when he was on the stump at the brilliant Borough Market last time out as we joshed about his liking of creme caramel, arh such japery) published his tax affairs.

Their presentation was a stroke of genius. Sellers everywhere take note.

Boris is of course a very wealthy man. His writings, both longform and in newsprint, earn him a fortune. In the last campaign, he got grief for describing his quarter-of-a-million from The Telegraph for just one weekly column as “chicken feed”. I saw that Newsnight interview and I believe he was describing the time it took for him to write it, not the amount he earned from doing so.

Still, his people took this chance and smashed it home. The key issue seems to be whether Ken funnelled money from a limited company. I stress this is completely legal. Yet Ken won’t tell. The inference from the masses appears to put Boris in pole. So what did the blonde toff’s team do? They published an extra line in the simple balance sheet style earnings figures.

Right at the top. For each of the past four years, Boris’s earnings “In company” was a big fat Zero. Inspired. The back of the net is still rippling.

And we sellers can do the same with each RoI, ready-reckoner style spreadsheet we slot into our Proposals. In my early days, it was our free helpline. No charge mister customer, none at all. A decade on it was maintenance charges. There simply weren’t any.

There’s always one item where we shine, and the competition stumble. What is it? Find it. Exploit it. Have your own Zero Row or Zero Column.