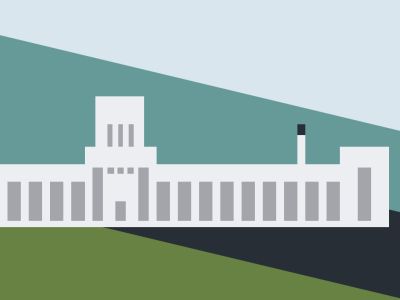 I have never – repeat never – seen a successful implementation of such initiative.

The causes behind this blot on Sales Management are legion.

From fatally skewed reason codes through salesperson subjectivity to promoting a negative mindset and creating an immobilising distraction. Winning remedies are frustratingly absent.

Then there’s the classic battle between build on your strengths versus shore up your weaknesses. Which also often leaves well-meaning work hamstrung.

So I came across the City of Liverpool deciding to invest in film production facilities. As a result of lost deal analysis. Which shone the light on hefty yearly losses. To the tune of £20m.

It’s quite a tale.

Liverpool Film Office Manager and 25-yr stalwart of the Council Lynn Saunders realised they were losing business. Many enquiries headed off elsewhere to hold their shoot. Leaving the city down on all the attendant spend missed.

So she ran a spreadsheet. For a few dozen deals. Over three years.

It showed both how much money was slipping by and why.

Outdoors they were in fine fettle. Recent clients include car chases for installment six of the billion-dollar Fast and the Furious franchise. Deputising for early 20th century Peaky Blinders Birmingham. As well as being 1920s New York in Stephen Frears’ drama Florence Foster Jenkins, starring Hugh Grant and Meryl Streep.

But lack of sufficient indoor capacity was hurting them.

Lynn’s spreadsheet prompted action. She had red lines for lost deals. The location that beat them writ large alongside.

The Council duly voted (Friday 18 September 2015) to convert the wonderful art deco Littlewoods building into a studio complex. Hopefully to rival globally renowned Pinewood on the outskirts of London, a couple of hundred miles South.

3-yr tracking is undoubtedly beyond the timescale of solution Sales outfits. I rail against looking at competitor edges rather than focusing on your unique match to specific end-client issue. When is the true deal clincher ever nailed down over politically manoeuvred existing prejudices.

Yes, there’s compulsion aplenty to steer well clear of lost deal analysis. Yet here’s an example of where one such project lights the way to (camera and) action. Potentially a rare fruitful example indeed.