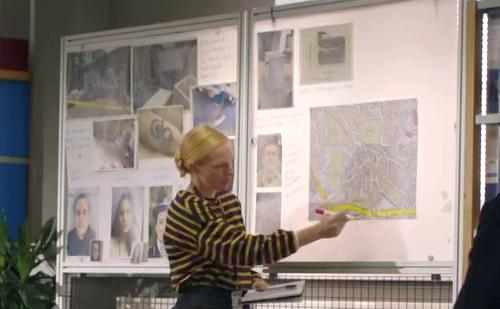 Unforgotten saw its fourth (& final?) season of slow burn yet riveting six forty-minute episodes close at the end of March. Made by English channel itv, also all streamed on Amazon, here’s a quartet of brief Sales reminders from the compelling drama.

I love these. Most such shows feature one in some form or other. Here is no different. As well as obligatory mugshots of victims and suspects, a blown up map of crime scene for plotting possibilities is prominent.

Above is a close-up, below in full-frame. 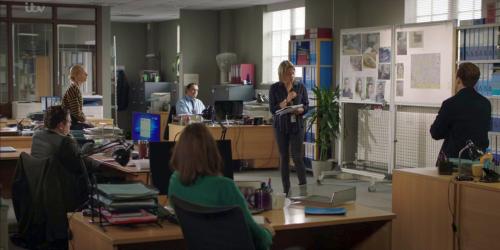 I’ve blogged on these at least half-a-dozen times down the years.

The point being that we can and should turn part of our workspace wall real estate into the same.

If no such ‘wall’ is available, then requisition some kind of board.

If you’re in the type of solution sell that only holds one main bid at a time, then that’s your focus.

Yet the best deployment is for visualising your process. That key pattern of events, circumstance or action which when in play, practically guarantee you prevail. Keep track, and keep refining.

One tactic of this team is clearly to show photos of those involved to interviewees. Often the question, ‘do you recognise this person?’ sees a snap of them pushed across the table. They are always big. The style and presentation are consistent throughout. A few pointers emerge.

Have an image to generate conversation or reaction. Not necessarily a photograph, but chart or diagram at the very least.

The larger the image the better. Fill a single sheet of paper. Or start with a full screen. 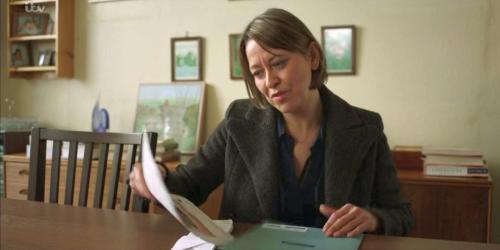 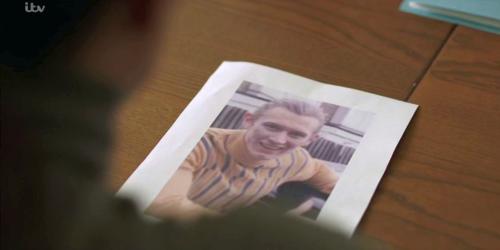 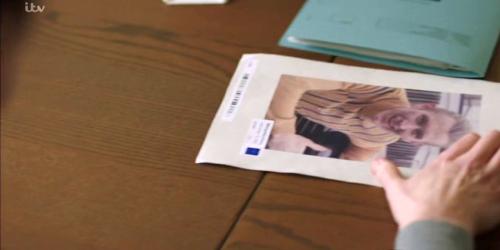 pushed away by interviewee

Notice what they do with it. In the show, how the interviewee engages and interacts with it is a key reveal for the police. Do they pick it up? Dismiss it quickly, almost without looking? Physically push it back across the table?

The same goes for our imagery to a prospect. Whether in-person or when enabled to annotate on-screen.

A vital prop that should feature in pretty much every meeting with a prospect.

Given the climes, there’s a surprisingly prescient scene where a police chief calls a top brass colleague who’s at home. 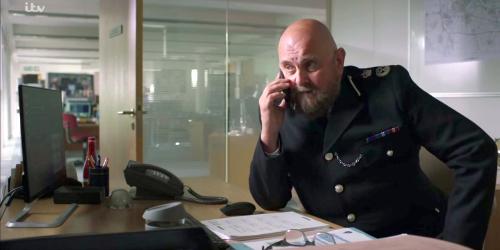 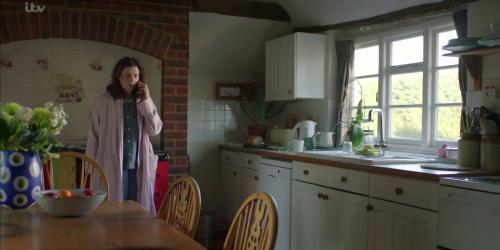 She says so, and the big boss duly responds positively, supportively.

I wonder if post-pandemic he might now have said hybrid instead? Even so, I blog this as well over half of my fellow countryfolk’s adults have received at least one jab. WFH may not be in place beyond 17 May in England. Yet how prepared are we for the near-future where a return to office cells will be far less than for 100 percent of the time … hybrid set to go beyond the mere agile?

A canteen setting as seen below for a scene seeking to understand each of the players’ involvement, alliances and drivers.

The two main detectives work out possible protagonist positions that they will subsequently test.

This scene is repeated daily around salesrooms. 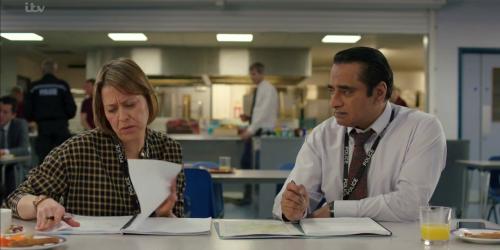 We might not say ‘let’s game this’, as these pair do, yet we could.

A core component of solution selling is to identify all buying influencer ties and motives.

Fortunes have been made from peddling ‘systems’ to follow to unlock these and more related inner prospect secrets.

Suffice to say, talking about why and how someone may lean one way or another is a constant complex sale thread.