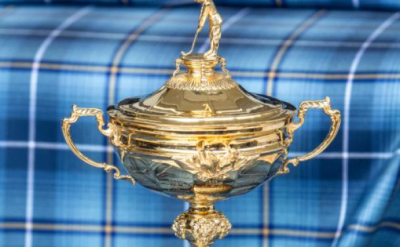 I’m lucky enough to have sat in what has been Europe’s team room at The Belfry. Maybe not so fortunate to have patronised the adjoining Bel-Air nightclub. Ahem. As Europe beat America for an 8 from 10 record, immediate post-glory comment from world number one, Ulsterman Rory McIlroy, got me thinking. He lavished praise on his captain.

“From the first day we got here, the speeches he gave, the videos he showed us, the people that he got in to talk to us, the imagery in the team room, it all tied in together; all part of the plan all for the cause of trying to win this Ryder Cup.”

You realise there are plenty of selling crossovers from his management. Here’s a quickfire five.

1. Banish Complacency. The vicious enemy of continued success, one quote splashed onto the team room wall hammered this home;

“Passion has determined our past. Attitude will determine our future.”

2. Ride The Storm. Things won’t always go your way, be ready for when they don’t and keep on track to come out the other side. Worryingly a touch “successorize”, there was a huge 6 by 9 foot poster in the team room. It was of a raging storm with a rock in the middle. The European rock.

“We will be the rock when the storm arrives.”

3. Think Momentum Across The Whole Team. Whether you are 3 up or 3 down in your own match, make sure you win the next hole. Create the big crowd cheer and give your team-mates something to fire them along on their way too.

4. Choose Planning Over Cheerleading. When switching among the four pairs over the first two mornings, rather than shaking the rattle from the sidelines, McGinley was checking how players were performing to judge how the afternoon’s plan was shaping up. He commented that this made him always feel half-a-day ahead of the game. He aimed to be relentless, with wave after wave of attack, never resting on any laurels.

5. Curate Your Environment. Finally, what about the amazing team room imagery. The detail was awesome. The wall below a dado rail was deep blue with occasional golden stars. The same covering design as sported by the luxurious sofa cushions. The lampshades were even made of the terrific official, specially commissioned, team tartan. There were other huge pictures hung on walls too. The first ever team, standout superstars (including a wonderful quote from one; “Happiest days of our lives”) and a roll of honour highlighting that Europe are still hunting the Americans historically to gain equilibrium. And the fish. A transition area was enlivened with a huge tank of gold and blue fish. Genius.