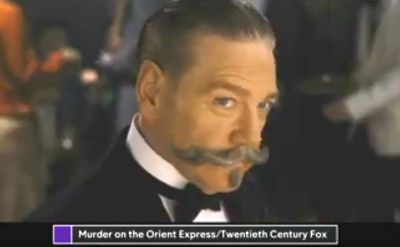 Sir Kenneth Branagh anchors and directs the update of the 1974 all-star film Murder on the Orient Express based on the 1934 Agatha Christie novel. Its release came at the time of a horrifying wave of harassment and worse inside Hollywood becoming public. On the pr rounds, he was inevitably asked about his views on the casting couch and worse inside movie-making culture.

He hoped revelations heralded a ‘sea change coming’. Then remarked;

Which, remarkably, he’s found reason to cite before. The year before(1) to be precise. Referring to a character’s mindset in the 1957 John Osborne ‘state-of-England drama’ The Entertainer, with its iconic role of Archie Rice, written in the wake of ‘national disaster Suez’. A play which he feels “really captures this moment of possibility and change”. So he clearly likes this phrase.

Let’s leave aside the vexed ‘religion or philosophy’ question here(2) and the possibilities of using a koan when selling. Consider rather the solution selling staples of “pain” and “urgency”.

Your suspect’s actually under how much suffering? Life crushing or fleeting irritant?

Who is personally suffering? The absolute big cheese or lowly factotum?

At what stage is the suffering? Easy to nip in the bud or nuclear winter?

(1)  I note the interesting added Sales insight from this piece; “People are less interested in your best film – they’re interested in your last film and how did it do”. I’m not so sure this translates directly onto our testimonial storytelling. A smash hit is always a great tale. But their glow, however once so bright, can dim with time. There is a worthy advisement here not to stray too far into the distant glories.

(2)  I’m in part reminded here of the French-formed paradox of Buridan’s Ass. Which itself is a wonderful selling weapon to quote when a prospect is caught between two stools. (Remembering perhaps to rather use a more modern term for said animal, such as mule, neddy, or…) Are they the donkey paralysed between going for hay or water, both equally far away, and so doomed to perish of thirst and hunger? I once bore painful witness to a salesman lose a deal when he summarised a prospect plight with “yes, you’re stuck between a rock and a hard place”. The prospect baulked at being labelled in such a cold, negative light and froze the rep out from that very moment. At least with the stuck-midway version, your mule has a way out of their predicament.