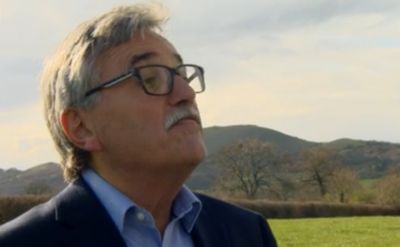 I couldn’t quite believe my ears.

The parlous state of farmers highlighted. If only we were all French, hey.

“Across the board prices seem to be heading in one direction. Downhill.”

The presenter donned suitably glum expression. Only poultry is washing its face. Milk prices have plummeted. 32pence down to just 17 per litre is no way to make a living in a civilised society.

Chinese slowdown coupled with Russian embargoes didn’t seem the best examples to quote. Whereas the excited rush to over-produce when prices were higher a couple of years back – just as demand went down – had greater resonance.

Sadly the solution part was worrying. Here it is in full bulleted soundbite;

I can imagine the overwhelming response to any businessman hearing that. Surely it would be along the lines of “thanks for coming, shut the door on your way out, we’ll let you know…”

On one hand, distilling the necessary wisdom into the language of a three year-old is a great way to go. On the other, simply regurgitating management-speak with little specific thought seems weak.

You find it difficult to accept that there is someone – “whether they’re in food or any business” – for whom such facets will shine new light through their fusty window.

You could argue it’s good to refer to ‘the basics’. But again, such surface-scrapping doesn’t do anyone any good.

It’s a shame the chosen analyst didn’t (was not permitted/able to?) expand.

I myself have felt the burn of singed skin from the red hot poker of the aggressive command, ‘what’s the one thing we should do right now, then?’ Crackers.

Only last week an England international cricketer, career cut cruelly short, was the subject of the nation’s phone-ins. A succession of esteemed “psychs” were asked what they’d tell him to help overcome such trauma. Credit the one (Steve Peters) who scolded such an interviewer who insisted on a quick, single-sentenced fix, when the wound would take months, if not years to heal. Process, not pronouncements.

Magic potions are for losers. A sewaged sea of ‘stylised’ instagram ‘inspirational’ quotes.

Imagine if someone said to you that to sell more you must both open and close more doors. Useful? Really? Same goes for if you said similar to a prospect. (Please don’t).

Rather than a generic (lazy) ‘innovate’, ‘diversify’, ‘trim’ or ‘scale’, a simple yet concrete example or two could work wonders. I hope the same applies to your Sales efforts.