It’s great to be able to coincide a stint working from home with the cricket on in the background. The final England Pakistan Test at Lords is set to be a cracker, and is our last preparation before Brisbane’s electric Ashes opener.

The one commentator that is not a natural by some stretch is Botham. So it was a relief as an early game-making sitter got grassed to hear him quote a good stat. 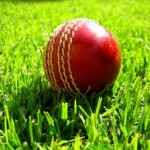 His delivery so mumbled that key figures were jumbled, he luckily repeated them later. Albeit in an equally bumbled manner, you could piece together the punch. It ran something like this, kindly credited to Sky’s statistician, Benedict.

This Series’ Tests that Pakistan lost, they took only 56% of their chances.
In the one they just won, they caught 87%.

Of course, a seven-from-eight success rate transferred across would not necessarily guarantee result reversal, but it does add weight to the adage that “catches win matches”.

What, I naturally wonder, is the solution selling equivalent of a catch? What activity, indicator or outcome that when it occurs, leads to your selling victory?

Meals Win Deals? When you get to take the prospect CEO for supper?

Nails Win Sales? A compelling business case accepted by all nails every campaign?

Kids Win Bids? The old ‘k-i-s-s’ approach to making sure what you propose can be understood by a five year old?

On Tracks Win Contracts? Stick to your tried, tested and trusted sales process and you’ll prevail every time?