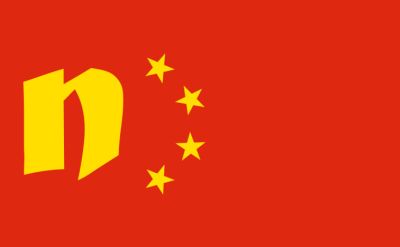 What is wrong with “freedom”?

This headline was typical of what flew around the web this past week; Ce*sored! China bans letter N (briefly) from internet as Xi Jinping extends grip on power.

The full list of terms blocked by the ruling party censor is shocking. And makes you want to weep.

Included, as my above remix of the golden-yellow-stars-on-maximum-red current chinese flag hints, was the letter ‘n’. As opined online;

N — While the letter “N” was temporarily blocked from being posted, as of 14:27 PST on February 26, it was no longer banned. At Language Log, Victor Mair speculates that this term was blocked “probably out of fear on the part of the government that “N” = “n terms in office”, where possibly n > 2.”

In any case, there’s a neat presentation slide or message idea in here.

You have something that you do not want your salesteam to get hung up on. A problem you must eradicate. A presence you wish to diminish.

What letter is it defined by? An initial, most likely, but not exclusively.

Then simply write out your duly selected descriptive or instructive text, and replace each letter with the censor’s asterisk.

One slide or message and hopefully your theme and direction will start to take shape. Don’t forget to reinforce and re-present it though.