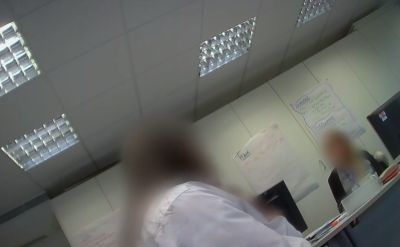 Cult-like brainwashing which includes calling your boss “Daddy”. Forcing fierce (bonding and) competition inside team structures that pit you against others in your ‘Family, Village and Tribe’.

“Ridiculous” monthly commissions, known to have been “17 Grand” on one single booking, and supposedly “65 Grand” for a month alone.

Bizarre attempts at doing your own version of pop videos uploaded to Youtube.

Making up charges for itinerary changes that are in reality zero.

“Seat Blocking”, which loads the dice all in their favour and can prevent you getting any better deal already seen elsewhere.

And preying on customers. Especially, the elderly, vulnerable, not tech savvy ones. Like the reporter’s own 81-year old Mother-in-Law, over-quoted with a serious amount of money. An extra quarter again on top for a London-New York return.

All in the name of shipping plane seats. Lots of them.

Yet there is another side. There usually is. They play wholesale. Whilst we nip across all the aggregator websites, restricted to retail prices.

So they start off with a slight advantage. As with any commodity sell, ramp up the volume and that tiny, single-digit margin can really add up over time.

Each sales agent can add whatever they deem fit to the cost price from the ‘manufacturer’. To hopefully hit that nice balance between a decent profit for them, and a good deal for the punter.

That’s the theory. The show captures the essence of this practice. Known as Marking Up. The dialogue screened goes as follows (if you watch on catch-up like I did, then it’s about 9’45” in);

You will decide how much to mark up your flights by.

How are you going to make that decision about how much to add on?

Absolutely, it’s a combination of what they’ve seen already… Yeah, what have they seen already? What’s out there?

How much are they prepared to spend? What budget have they allocated?

The worst scenario to have is that, you know, you literally give a price to the customer and they turn round and they go ‘Oh my God, it was about £600 online, you’ve got it for £480, that’s awesome.’

According to the broadcaster. Then when the company themselves blindly denied that any of this goes on and is wildly against policy, well, any sympathy you had for them vanished.

Still. They know their key qualifier. They know how to add till-ring full profit items. They are getting volume.

Anything good here that you can fly into your selling world?