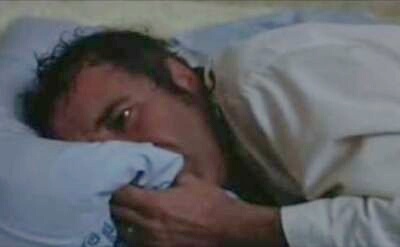 Harry Stoner. The gripping 1973 role that earned Jack Lemmon his Best Actor Oscar. From the movie Save The Tiger.

Essentially a pivotal 24 hours in the life of a fashion garment salesman. The wheels pretty much come off … but then, can a happy future emerge?

There’s not many gong garlanded salespeople.

We don’t see much of Harry’s salesmanship really. His quota strangely seems hit only with the help of backhanders and kickbacks aplenty.

So here he is, about to introduce his latest line in ladies clothes. As manufacturer facing a room full of trade buyers. Trying to psyche himself up. But, we feel, suffering the stench of booze and scandal. 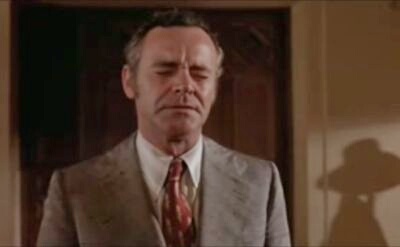 Because his day hasn’t gone great so far. Humdrum homelife. Encounter with lost youth reminds him of his middle-aged drift. Business shutdown looming. Bank loan refused. The mob trying to muscle in on loan sharking. Key product launch in the balance. Warring designers. Contemplating an arson insurance job on his factory. And to top it all, a vital client has just nearly died when with a prostitute which he laid on in a nearby hotel.

What follows should be a rousing intro to his new wares.

Instead, here are his 150 words over 180 seconds of crescendoing disaster that follow the MC’s introduction;

(‘Jackie’) Welcome to Los Angeles. Before we begin our show, this afternoon… I should like to present our president, the president of Capri Casuals… the man who made all this possible, Mr. Harry Stoner.

(Harry) Thank you. Thank you, Jackie.

First I would like to… welcome all of you, thank you for being present… of course, I don’t know all of you personally, but our field men do. 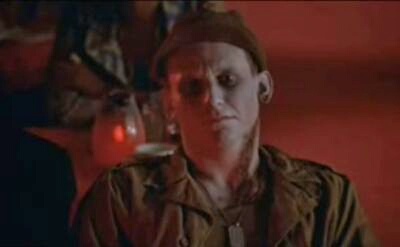 Then Harry spots this particular man in audience. Wearing military style fatigues. There’s the first uncomfortable, long pause. Harry is put off his stride. Can he be imagining him? He begins to envisage what we learn is his whole platoon from WW2 “thirty years ago” as the audience in debilitating flashback.

And through our… field men… our pr-professional ties with-with some of you… go back 15 years.

[glances back at the military man] Erh…

There are some faces missing.

[now imagines the whole platoon as the audience]

I sincerely hope that you like… what we’re going to present this afternoon.

Our-our [cough] field men, of course, will… erh erh remain after the show, to take your orders… and erh answer the questions, on on er delivery dates… and erh erh trajectory and costs and…

Capri has, has a very special significance for me… because I was recuperating there, you see?

It was a sanctuary for the living… it was beautiful, Roman columns and it was quiet… and it was filled with men, brave men that stuck together… because they believed in something. It had a very special significance…

(Jackie trying to save the tiger) Is that Capri was not an accident, but rather an inspiration. Now, how about a nice round of applause for Mr. Stoner? Ladies and gentlemen… we begin our show and our theme, this afternoon is, Isle of Capri. We designed this line for the chic woman…

Quite the train smash. 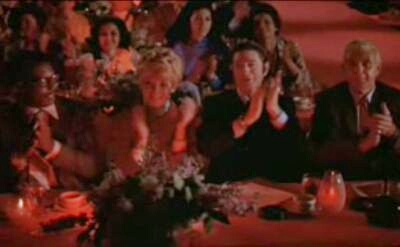 The audience as seen by Harry: 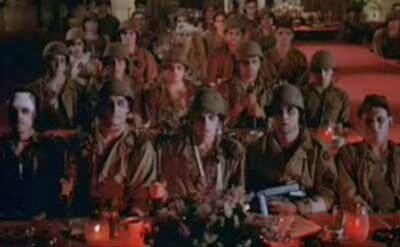 How could this happen?

We are meant to wonder.

He hadn’t prepared. He got distracted. He had no back-up plan. He got ever more flustered. With nothing to fall back on, his rambling became increasingly incoherent. Until the mercy killing.

Harry. Given “the hook”: 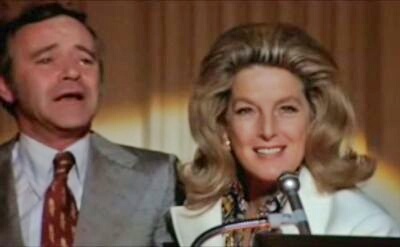 Don’t go there yourself.