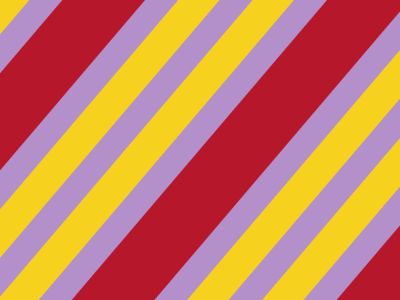 In a land long ago I was in a meeting. I broke into song. There was a time when I was always singing.

Then I juggled three marker pens. Until they quickly went flying across the room.

My enthusiasm for the subject matter kept a beaming smile on my face throughout.

After, I was taken aside privately by a “boss”.

“We don’t do that here,” he said sternly, “we keep it professional”.

I was stunned. My time working with them ceased. Almost on the spot.

Too often ‘professional’ is a euphemism for ‘unadventurous’, ‘lifeless’ or ‘an excuse for being less than brilliant’.

This supposed leader exposed himself as being devoid of vision, bereft of talent and living proof of the Peter Principle.

I never work anywhere with such a cultural mismatch evident.

Who’d produce any decent output in such a soul-sucking environment?

You’re not at work to be a cookie-cutter automaton.

I’m not saying we should all be chucking paper aeroplanes around and auditioning to be the next stand-up panel show star. But colour always trumps monochromed greys. Always.

I was right then. And I’m still right now.

So it was with some delight I came across a Swedish-born reality tv star.

Although the initial portents were not so good.

Fredrik Eklund is promoted as the go-to Manhattan real estate agent of the super-rich and celebrities. His show Million Dollar Listing New York (MDLNY) is presently aired in 113 countries.

And he’s hawking a book of “wisdom” too; The Sell: The secrets of selling anything to anyone.

Alas, most utterings I noted among the PR surrounding release had hardly been unique; “the way you look and feel is 100 per cent related to how you’re going to perform”. As we learn of his tailored suit sleeve shortening to show off his 29-grand Rolex and his tri-weekly $275 haircut.

I came across The Times interviewing him in his natural habitat, touring a $25m apartment. He apparently likes to point out where a wine cellar or home cinema could go.

Knowing that “people don’t react well to the hard sell” is thankfully on better ground though. Foxtons take note.

“My job is to be friendly and to sell them on the neighbourhood so they can see themselves living in this building.

I’m creating a gap between them and the purchase.

Did you hear me say that I don’t know if I can even release some of these apartments?

People want what they can’t have.”

Interesting second line there. He continued;

“The most important thing is being authentic.

When I started out, I was watering down, trying to copy other agents.

People can smell nerves like a shark smells blood and the only way to conquer your insecurities is by being yourself.

A rather grating connection with ‘authentic’ is hypocritical given the availability deception in his earlier words. Even if they do build on that solution selling essential; scarcity.

Yet don’t let that detract from the vital ability to ‘be yourself’. The journalist adds their own précis;

“you do not have to be loud or weird to be successful, but you do have to define what makes you special”

“when you enter a room, don’t tone it down, tone it up”

“in the past nastiness worked in business, but today it is all about being charismatic, interesting and magnetic”

Coaching salespeople – beginners or established alike – I urge them to be true to themselves. You absolutely sell yourself first. Never be afraid to drop in a dollop of your personality. (Note that does not give you carte blanche to tell racy jokes, mind).

Differentiating yourself from any other salesperson helps that sale.

As a footnote, my image up top is of the kind of tie that Mr Eklund sports. (He’s papped alongside Jennifer Lopez wearing this particular one). He likes bold colour ones, apparently, and never with a black or grey suit. Now, I no longer ‘tie’ myself, but I have used their designs for presentation flavour with success.

If you’re crafting an internal sales meeting slide show, such background can also be used to promote super-salesperson aspiration in your team – by being a bit more like this guy, if raw cash is your thing, currently worth around $30m and counting.