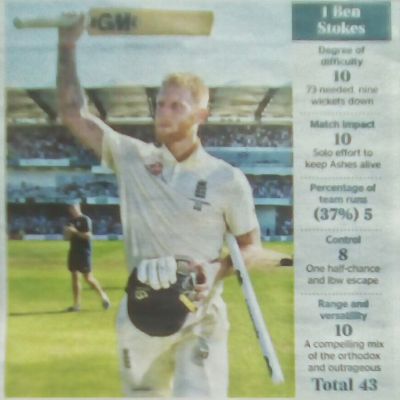 Wow. The mindbending stokesy-cokey that was the Ashes 3rd Test winning knock.

Luminaries of the English game seem unanimous. It was the greatest ever innings by an Englishman.

One of many such praise laden reports came from former spinner and self-styled ‘analyst’, Simon Hughes.

In The Times broadsheet, he proposes his quintet of all-time batting performances. Of which this Ben Stokes now sits at the summit.

I was intrigued by the categories with which he chose to assess. Five;

I invariably enjoy seeing someone tackle this type of rating task.

For starters, it serves as a reminder that many a solution buying process – and all the formal ones – feature some kind of tabulated, numbers based comparison. Marks, weightings, ranks. They all come in to play. In part to show some kind of systematic vigilance, and to try (usually pretty forlornly) justify the reduction of emotional bias.

Any cricket loving prospect can I’m sure by opened up with this deceiving delivery.

Do they know of such a listing? And now they do, which kinds of similar judgments are they using on their own – whether documented or not – decision making criteria?

Ben Stokes 135 not out against Australia at Headingley 2019, scored by Simon Hughes; 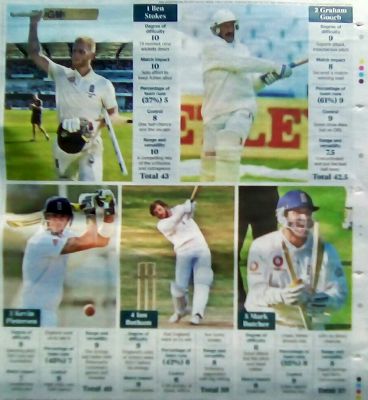