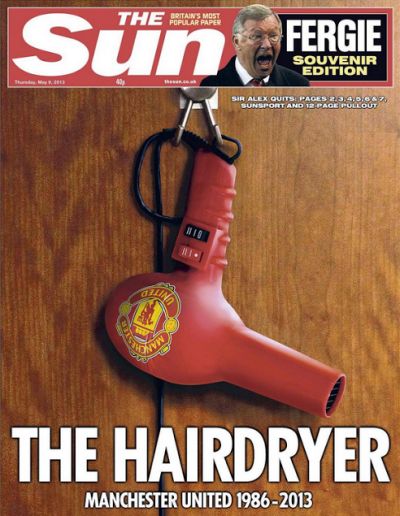 Football manager leaves huge club. Hardly of interest to many a salesperson around the world I guess. Yet this particular manager has claim to be the best ever.

In the aftermath of Alex Ferguson’s ‘sudden’ retirement from Manchester United, the media eulogies are blanket.

His record speaks for itself. Unfortunately, most pundits are talking rubbish when it comes to unpacking how he did it.

Most commentators fail to give true worth to his – in today’s terms – impossibly long ‘probation’ on the job. I remember well four years in. He faced his win or get sacked game away at Nottingham Forest. In the third round of the then relevant FA Cup. I was in blustery, rainy Nottingham that day and saw Mark Robins’ cheeky header from a bouncing free kick save the boss’s neck. They went on to pip Palace in the final that Spring. The trophy trickle began and soon turned into a torrent.

I saw one assessor on Sky News crazily get shot down by a completely unqualified and over-opinionated shock jock.

The talk radio host took particular exception to the professor’s singling out of knowing players’ birthdays and kids’ names. The Prof further suggested it was not the money shovelled into bank accounts but performance on a daily basis that drives the mainly insecure breed of professional footballers.

The journalist insisted this was bunkum. Money ruled and that was that for him.

In Ferguson’s case, the well-known “hairdryer” treatment is regularly cited. This is where he – often in full view of the entire team – would issue a verbal rocket to a player. In the most famous example, he even kicked a boot into the face of Beckham. Yet as one of my first ever managers once said to me, “when have you ever responded well to a bollocking?”

I do though love the insight into ‘nurturing talent’. When you genuinely focus on this the rewards are long and plentiful. If you’re a sales manager, what are you doing to live your sales life this way?

As a postscript, the weekend after posting this, I read two excellent additional contributions around the web.

The first was from, of all places, a freesheet I read on the Tube. City AM have a corporate reputation expert from Oxford University. He cites 5 reasons for Fergie’s success; shopfloor involvement, intelligence network, standing up as a leader, speak your mind, know when to leave.

Second, are these wonderful pair of streamgraph and Nightingale’s rose  infographics from Facegroup. Maybe one day there’ll be a slide maker app that can make these for us easily and quickly. Maybe.