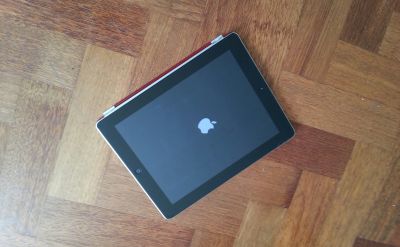 They are not alone. I know what it’s like to be unable to book a help/rescue session in-store. Hugely frustrating when it’s the only hope of resuscitating your now unusable Apple toy post-upgrade. I’ve also happily kept using an aged version of Google’s Android through several iterations for much the same reason.

I did learn though, that when all you get is the logo stuck on screen, no sign of any normal homepage in sight, you are in a never ending boot loop. This seems to be called being “bricked”.

Anyone familiar with England’s playground slang will suspect they know the derivation of this term.

Several helpful souls publish how-to guides of the steps to follow for a fix when you are bricked.

I was struck by a similarity with selling.

Specifically, you feel you’ve got off to a promising start. They love it. Yet the deal stalls. It goes nowhere. All energy drained from it. No forward motion. Stuck in your own deal boot loop.

Are you great at First Meetings, but don’t get Seconds?

What’s the equivalent ‘restore’ or ‘update’ of your prospect? And what cables and itunes laptop connection will you need to get re-going?

Well. The best form of cure is prevention. A cheeky visit to your Genius Bar is no substitute for knowing your process. Virtually any deal stuck in this inoperable state cannot be resurrected.

Did you backup before the ‘new revision’? Preferably waiting until Boxing Day too, when the .1 version appears to prevent the pressured release’s bugs freezing your bid.

The classic meeting-end close to secure an “agreed next action” is indeed a staple. But on its own, in isolated use, these often drift. Better sticking to your proven navigation. There’s many steps to take. Some in series, others in parallel. They all count.

A fully fledged lengthy looking routemap can be off-putting to a freshly forming Solutions purchase. One selling school suggest that this very fact makes promoting such an essential qualification tool.

Simultaneous pressing of the deal’s sleep and home buttons is a fraught command. Are you really going to progress by calling higher? Dropping in person for a cosy chat? Getting your boss to level-sell? Well. It can work. Maybe. Let’s rather go Process and win way more than we don’t.