There’s the son of a spy. But the ten year old isn’t to know what Daddy does. So when said son is in a battle royal for class president, Dad tries to apply his trade to help out.

So he takes clandestine pics of the opposition’s activities. Snap. 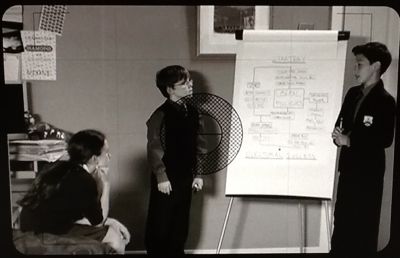 On closer inspection, the flip chart shows the campaign team are in one of their bedrooms discussing ‘strategy’. The heart of which seems to be; promote ‘liberal policies’… 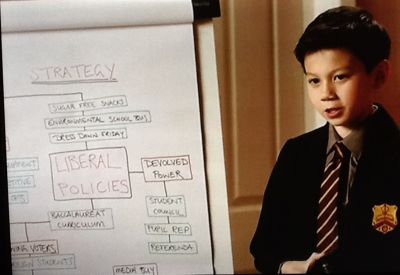 So why is it that grownups so often think they can live without such visuals?

Look how simple the above chart is. No fancy proper ‘flow diagram’ shapes. Clear headings, clear links. And as I’ve blogged before, nothing anywhere near as complex as the mighty Sheldon Cooper would use.

That important deal you’re working on… perhaps it’s time to have a crack at writing out your strategy for it. Just like a ten-year old…