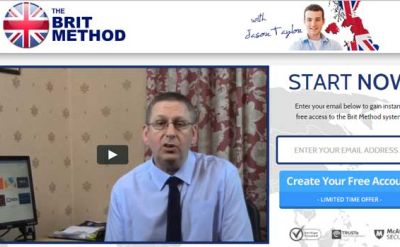 In the above screengrab it is labelled “Brit”. But depending on where you are, any legion of other countries are swapped in its place. Likewise, “Jason Taylor” has so many aliases that even a modern day Carlos the Jackal would be left in their wake.

I took keen interest in the second show in his fourth series of Modern Life Is Goodish which pummelled these guys.

In part because I myself have suffered their ads taking over my browser mid-surf. From the most apparently reputable of links clicked.

From a Sales point though, there is the deployment of a video testimonial.

The wonderful Gormanator also hunts down the ‘client’. He’s called Dave. He charged five dollars to do it. And many other services besides. Through Fiverr. All for the same princely sum of about £3.84. Barely a pint. Erectile dysfunction services among his many happily used items.

These scammers are often portrayed in the media as ruthless, organised, international criminals.

Yes, we can shake our head at their woeful English grammar, ludicrous claims and staged imagery (that also appears all over the web for lots of unrelated, different products). You wonder how can anyone ever fall for such nonsense? Yet, they clearly do.

And they can ensnare even the most seasoned of prey.

So does their testimonial tactic have legitimate merit?

The answer is almost certainly ‘no’. On moral grounds alone. Yet I felt compelled to examine the 74 spoken words for pitchcraft. 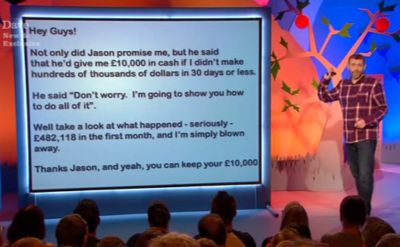 Compare this structure to how you tell success stories.

The vendor promise/guarantee. The comforting hand-hold. The outlandish result.

Client references are a distrusted genre.

There is worth in obtaining quality testimonials. I hope you’re cultivating yours.

After all, bland dress sense is one thing, but to think anyone newly minted to the tune of half-a-mil would be fine showing you curtains and wallpaper like that, well, it’s staggering surely.

Here’s a snippet from the profile banner of Dave Gorman’s twitter the time of this episode. He revels in his trademark checkshirtedness.

I’ve often helped with slides that have as their background the closeup of something readily associated with a particular person.

When I first got a digital camera, I took pics of people’s ties. With much stickability success. The most recent time I did similar, featured someone’s favourite (and highly distinctive) coffee mug.

I’m sure your creativity knows no bounds… 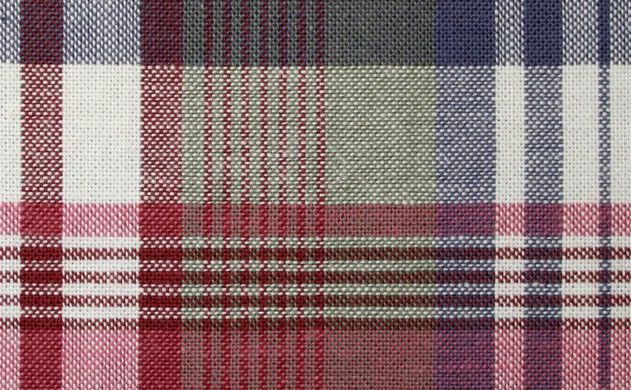