I’ve had more than my fair share of screen freezes, empty report outputs and blue-screen-of-death equivalents.

I also know what it’s like to trumpet your totally key unique only for the drum roll to preface not triumphal display, but chaotic disaster.

A stone-throwing demo to show his new truck had unbreakable windows ended up breaking them. Twice. 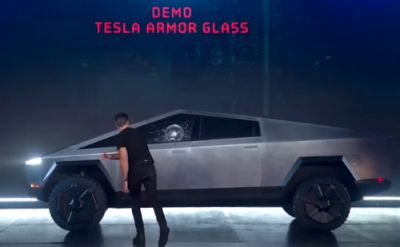 “It didn’t go through. Arh, not bad. Room for improvement”, he quipped.

Just like the truck’s design, the mishap was ‘polarising’. As Forbes cited one Wall St analyst, “the shattering of the truck’s unbreakable glass windows during the live demonstration was not a good start”. They calculate this contributed to a staggering personal net worth reduction of around $768m. Whereas another they report saying, “while this was unfortunate and provided some good meme fodder, ultimately we do not think the broken window is particularly significant and should not overshadow the rest of the unveiling … ultimately we view this as a funny footnote”.

In this case, the demo misfire seems to prove the adage, ‘there’s no such thing as bad publicity’. Consequent blanket press coverage also led to further headline-grabbing demand for future orders.

A key Sales tip emerging was that the presenter, apparently slain by a disaster, simply continued. Making light of the demo fail, he just carried on. One such major and visually unmissable launch flaw was not dwelled upon. It could be fixed. Would be fixed. Focus on the other many perceived game-changing marvels instead.

Tesla in part took movie design inspiration from 007’s Lotus Esprit Wet Nellie that turned into The Spy Who Loved Me‘s submarine (yes, Bond did chuck a fish out the window emerging onto the beach) and the vehicle aesthetic of the peerless Blade Runner.

When it comes to the fanfare intro event, they took launch inspiration from the school of nothing shall overcome you. I trust your big launch does the same. 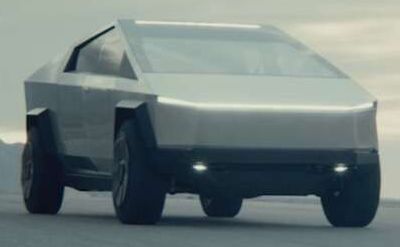