Researching to extend my network by the treasured extra node, I came across many supposedly now hybrid b2b tech firms with no once trad phone point of contact.

You do wonder how they expect their salespeople to knock on new doors.

I guess as digital natives insist, LinkedIn is the future. Or not.

Still, I did happen across one such outfit of prospect appeal to my current specialisation who enjoyed a swanky new HQ refit back in 2017.

When you see the work of their chosen London agency, what struck me was how amazingly unsuited the once desirable design has so quickly become.

Glimpses of their office space shared on Instagram suggest they may well have moved out of this 2017 building around March 2019. Still, we can still gauge any significant adaptations since to the hybrid world. Just as they updated their branding around Feb 22, tweaks for remote-plus may have occurred in any new spot.

I link to a couple of snaps by way of example posted by their interior designers [live for as long as they keep them up]. 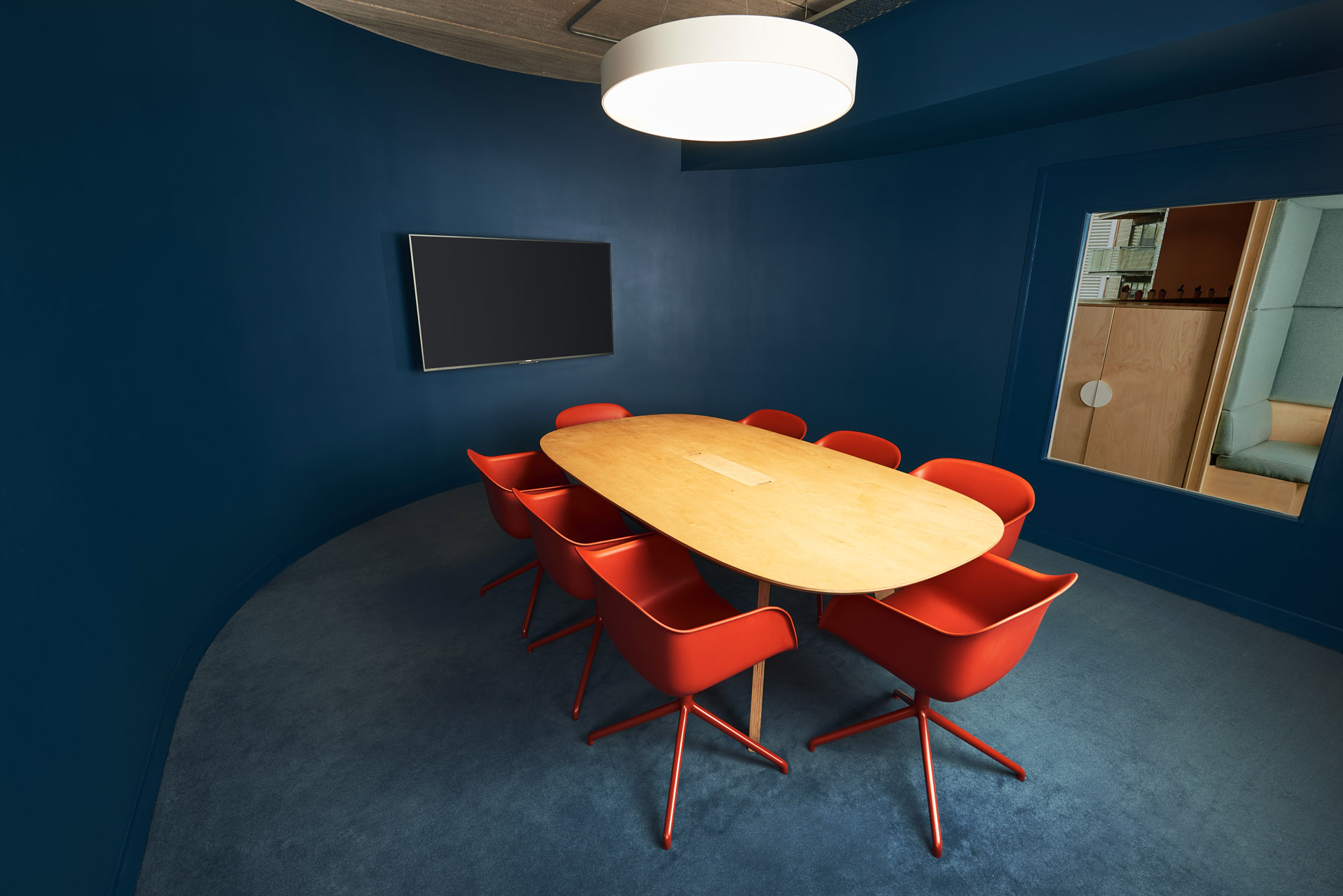 As welcome as it is to see such space rebel against the square, greige and goldfish bowl walls so commonplace, a hybrid-friendly place it is not.

Hopefully its latest version's been upgraded or other rooms are more hybridable.

Yet this past year, I've seen plenty of such rooms. Nary a mod, add or change to better conduct business via video.

And when such 'concession' is in view, its often the type as decided by supposed 'unified comms' resource. Which sadly has little to zero positive affect on video meeting outcomes.

In this case above, you hope today there's been provision for mounted and table-centre cams. Even mics too. As well as wall-bound ways of writing. And the obvious addition of extra screens.

Out the window (surely now with added curtain) you can spot a breakout booth. 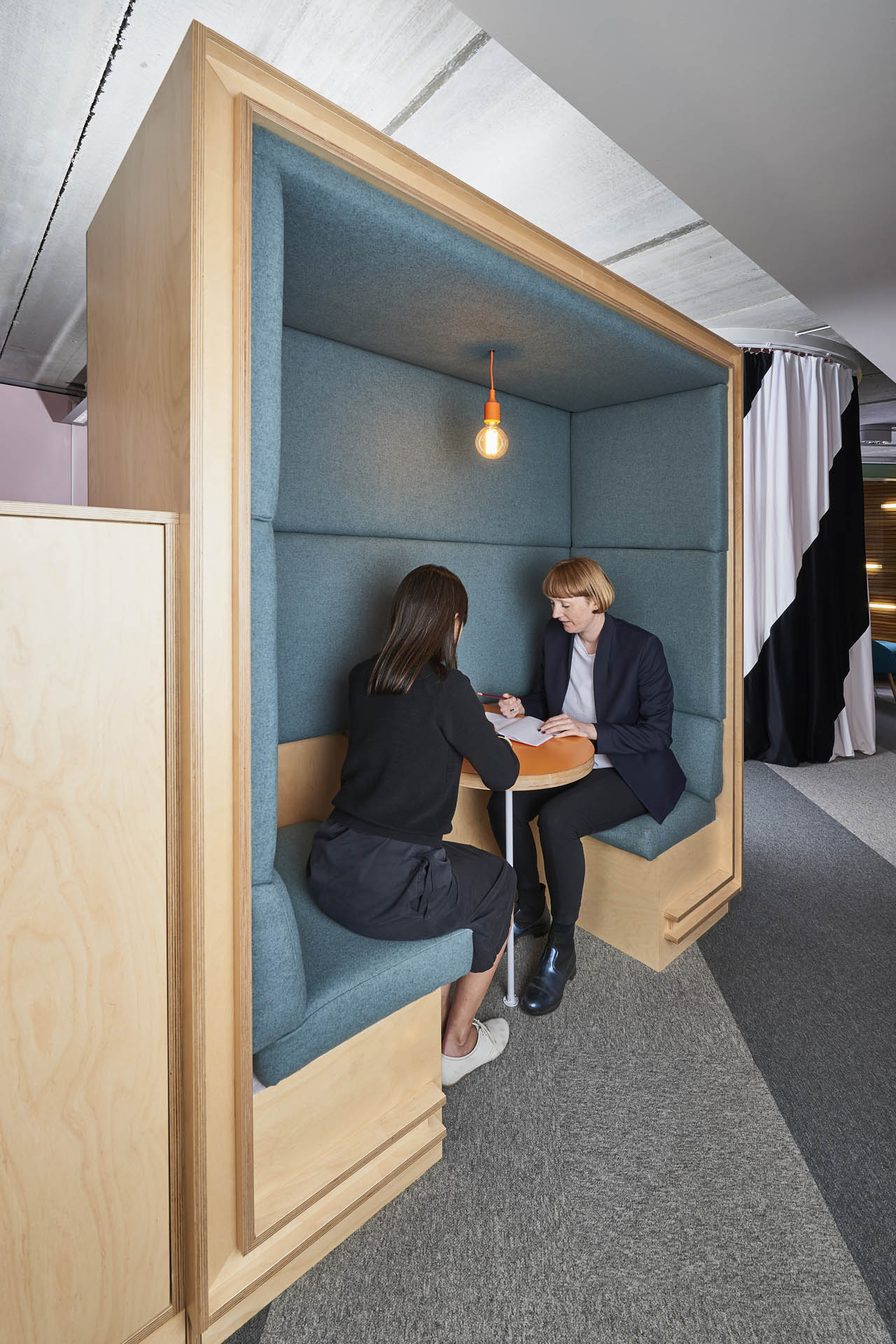 Like this one. They called it a 'phone booth'. Which it isn't, is it?

In its form as presented back in '17, it too is far removed from a collab-across-locations space.

In this case though, useful update feels a little trickier.

I've used zoom booths like this, but to work they were deeper. Seating two in a row at least.

And the age old issue arises of noise pollution.

Rendering comfortable engagement less likely, and disruption for anyone within earshot more so.

The third and final insight comes from their insta posting above, 10 May 22.

A short clip showing how another meeting room looks. With people - salespeople no less - watching a screen.

Again, this does not at face value appear a room kitted out with hybridity to the fore. Which may or may not be relevant. But safe to say, if you are doing video meetings with prospects in a room like this, you're very much selling with the brake on.