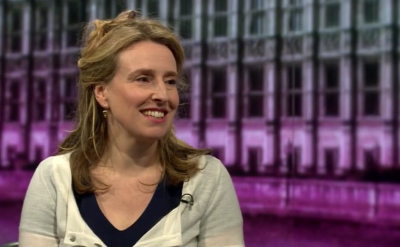 In the eye of seeing their polling succumb to the storm, I saw her tell Newsnight’s perky Evan Davis that come next Spring’s general election all will be well. She cited her party’s successful following of;

‘Once they’re entrenched in a local area it’s really difficult to get rid of them’.

Apparently, this ridiculously invasive plant is choking the life out of indigenous flora the world over. Dangerously dominating vast swathes of the countryside in its wake.

So the inference of the term is simple. Such strategy prevents anything else from taking hold.

You can come at this from either side.

Where you have an existing account, how are you ensuring you remain unshakeably incumbent?

Where you are trying to win a new account, how are you trying to remove a settled, seemingly immovable supplier?

Miranda’s approach is very much focused on grass roots.

How do you create a groundswell of happiness with your provision? What little victories keep your support continual?

This though maybe neglects the big picture elements that our b2b area cannot afford to ignore.

Then there’s the approach you may need to deploy when faced with a competitor or alternate view utterly entrenched inside a target prospect account.

Where’s your equivalent of the herbicide, root barriers, dig and dump or deep burial tactics of the removal experts for this most unwanted presence?

What about your point of ingress?

A Jill Konrath devotee may well suggest going in first somewhere relatively obscure, far away from the nerve centre or summit, and on a small scale. Other power selling advocates might head straight for a CEO social. If you fancy leading on price, be warned that being less by even twenty per cent may not be enough to tempt eyes to stray. 2.0ers would surf for one degree of separation intros and expect an audience.

No-one wants their info ‘kept on file’, to be called as and when at an unspecified and never occurring date.

And what about your overall aim?

The school of competitor traps recommends knowing where you’re strongest and they are weakest and framing the debate accordingly. Troubleshooters forensically sift for problems – ones that they alone can uniquely remedy. I’m also often struck by how many such a sale can be like the tv detective hunt for “means, motive, opportunity”.

Whichever scenario strikes you, the best place to start is where you have prevailed in a similar situation before. Past performance really is the truest indication of future results.

For those thrashing through virgin forest, the simplest action to recommend is ‘steer well clear of the knotweed’. Attacking such accounts must surely be a last resort. There will be plenty of lower hanging fruit elsewhere for certain. If you’re starting out thwarted by such Nippo-exclusion then your career is likely off to the rockiest of beginnings. 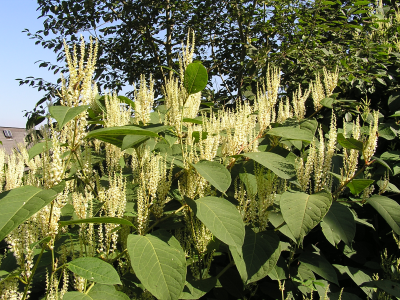