I do love my sport-selling insights. And I can hardly contain myself waiting for my once home town Edgbaston match. Will England topple India to climb to World Number One Test Cricket Team? For the first time…

Much has been written about not only this incredible ascent, but can England then drive on and re-create the unbeatable hegemony of first the Windies, then Australia? Those thoughts are some way off for now, but The Telegraph’s Jim White ably examines how we’ve reached the summit. By way of asking, “is there anything we could learn from their march to ascendancy that could be applied to whatever it is we do for a living?” 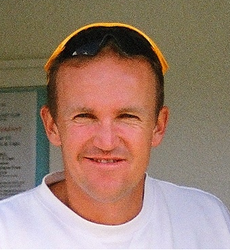 It took a pair of Zimbabwean coaches to make it happen. Duncan Fletcher picked us up off our knees, Andy Flower made us stand tall. I’ve only once been close to the current coach. He walked, well hobbled on crutches actually, passed me outside the upcoming press conference after a Cape Town T20. He’d just ruptured his knee ligaments during practice before the game. An incredibly painful injury. Yet I was struck by his absence of self-pity and clear focus on continuing as normal. He was indeed steel.

The Telegraph writer quotes Sir Clive Woodward’s ‘one percent’ mantra, citing the manic ball-polishing by way of example as well as the ‘no-stone-left-unturned’ plethora of analysts.

Yet the final point is blurred by his wonder that, well, we just happen to have stumbled across a glut of world-beating players. Batsman Pietersen, wickie Prior, twirler Swann, quick Anderson and maybe even all-rounder Broad would surely walk into any other team. They’d even vie for a slot in an England XI of my lifetime. (Indeed former skipper Atherton had the first four of them in his all-time Three Lions picked this week).

But did they really start with any more ‘natural talent’ than had say, Ramprakash, Stewart, Tufnell or good old Devon the Destroyer?

I don’t think so.

As a result, think about the sales team you run. Or the account team you head up. They may not be the industry pinnacle, but I bet you can apply the ‘England secret’ and make even “base metal sparkle”.