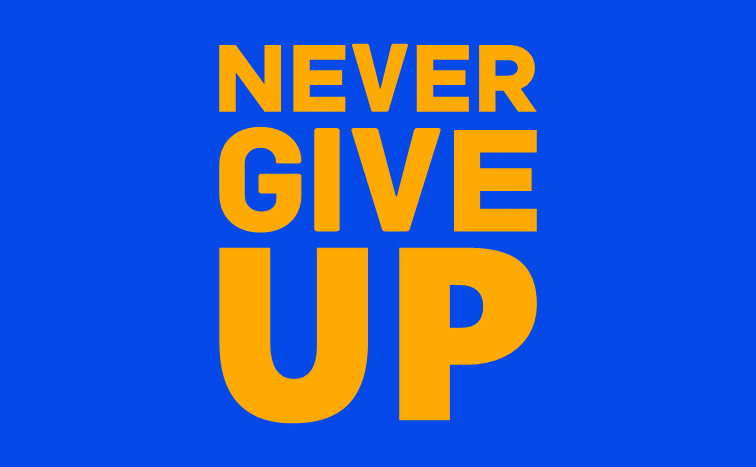 I don’t even support them. But seismic football is always a pleasure from wherever it hails.

The Merseyside Miracle. English news headlines after the truly astonishing defeat of Barcelona by Liverpool in the 2019 Champions League semi. Somehow achieving the impossible. Overturning a 3-nil away leg deficit to win through to their second successive final.

If it was good enough for George Michael…

Just a shame her prints for today are so misguided. 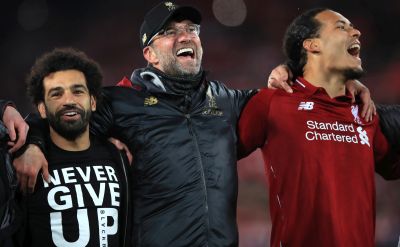 But luckily not for Mo Salah. Or whoever gave him his tee to wear on the sidelines. The shared spirit shone through;

A surefire winner of a slide to any sport fan buyerside (or internally) experiencing a tricky situation over the next few weeks. My take up-top uses the two creator’s colours closest resembling my own team’s kit. And can be easily adapted to your own preferred single background tone with white text to look sharpest.

The odds were seemingly even more stacked against Liverpool FC than normal.

Two of their best players out injured. The ‘Egyptian King’ himself & Brazilian ‘Bobby’.

The deflation after seeing the domestic title slip away after their rivals squeaked through their penultimate match with a screamer from nowhere 24hrs earlier.

And the knowledge that in the modern UCL era such a turnaround against the La Liga winners and hot favourites was both unprecedented and surely not possible. Not at all.

Then came coach Klopp’s amazing pre-match peptalk. Instilling belief. If this is to be the end, make it a celebration. ‘Fail beautifully’. ‘Yes, this is impossible, but looking round the room, if anyone can, I think maybe you lot can.’

As occasional skipper Henderson later remarked; ‘He showed us he believed, which helped us believe. That we can enjoy this game. Maybe tell grandkids it was a special night.’ 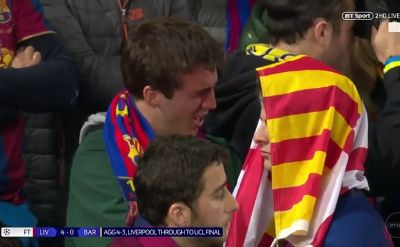 Spanish papers were scathing of their own side’s capitulation. Even though their opponents deserved to prevail over the entirety of the tie. We are super-sellers. As such, destined for greatness. But only if we too, never give up.

& a bonus slide idea to be had, here from how the bbc-sport site ran their ‘best comeback’ poll the next day (& I note how the shaded cover switched red/blue depending how your vote went);