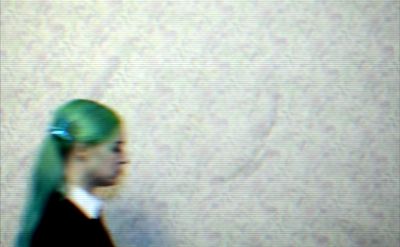 Is this young lady possessed of presenter greatness?

Never let it be said I’m not up with modern music, pop-pickers.

This is a current release by a band calling themselves Paws. The song; Not Enough.

Always happy to see a new song video embrace the wonders of whiteboarding. I do hope there’s not an iffy internet slang double-entendre reference hiding in that. It wasn’t more straightforward when Heaven 17 showed graphs(*) back in the glory days of the 80s, slipping their well-dodgy neo-Marxist views under our radar through scintillating synthpop.

Here’s what she draws during the opening bars; 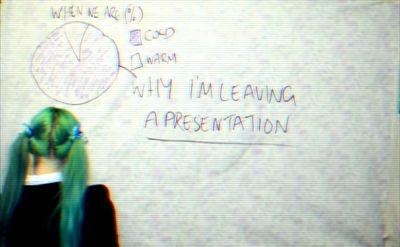 A piechart on the theme of WHY I’M LEAVING A PRESENTATION. Where We Are (%), mostly Cold, rather than Warm.

Maybe this is where Taylor Swift went wrong with her seventh studio album launch around the same time. If only she’d have dropped in a cheeky flow chart.

As the promo progresses, our scribe fills the space.

Until by the end, you realise there’s a half-dozen best-practice suggestions; 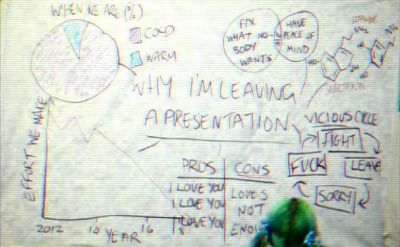 Among the venn, molecule, Ben Franklin and linegraph, how about that “vicious cycle” hey…?

When was the last time a whiteboard you left behind at a prospect meeting looked anything like this? 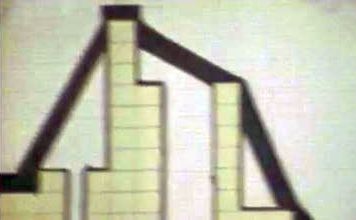 “…with a biting look at the dehumanizing effects of a market economy that forces conformity for eight hours in exchange for economic survival”.

& for you cheeky little indie-rockers out there, the newly released track (& cracking tune it is too), which starts 25 seconds in;