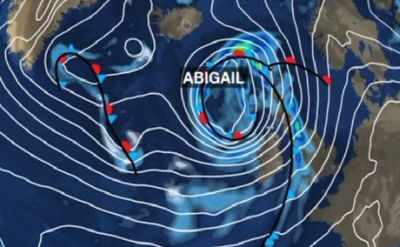 When announced I was a sceptic.

They are not an institution I hold in particularly high regard.

Are our winters really that terror-strewn?

And would it make us a disrespectful laughing stock? Compared to the protocol of naming hurricanes, typhoons and cyclones that is both so well established and truly life threatening.

Then I saw the published list of imminent labels, as voted for by the public.

The British sense of humour shone through.

Abigail. That’s the first ever. A Big Gale.

Then I noted the affect. After an initial hiccup by forecasters over whether Abigail was or was not knocking, she duly arrived. As you can see from my pic up top.

In both cases, you couldn’t escape hearing people talk about them. By name.

This did not appear a novelty.

More people knew, looked out, discussed and spread the word.

And so it goes for your big sell.

Coin the name, coin it in.