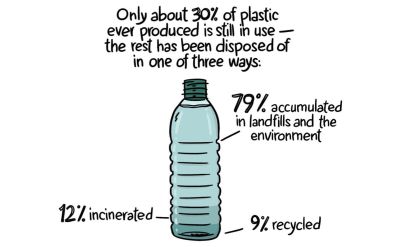 We’re suffocating our home, and smothering all those with whom we share it. Susie Cagle duly illustrates the plastic produced predicament. Here’s a selection of her drawings with Sales presenting links.

The first (above) is a stacked bar in the form of three plastic water bottle sections.

Can you similarly represent shares in a circular or roughly oblong rendering of an item relevant to your prospect’s world? 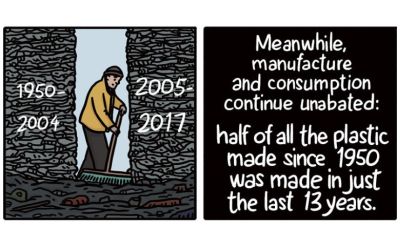 Before this third and final readily adapted platform. It relates to the “horrific” plastic explosion set to haunt our next thirty years.

What’s noteworthy, is not only the central projection linegraphs, but the array of surrounding supporting imagery. Surely something on which we can build. 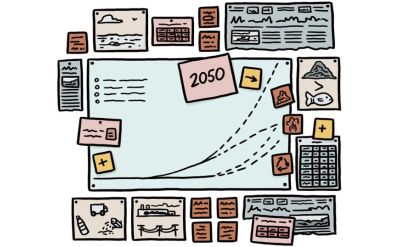