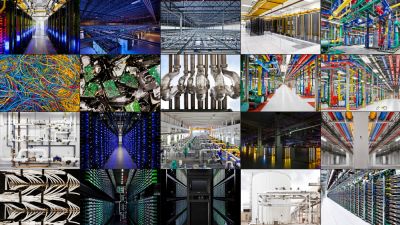 I came across a piece of a Google pr the other day. They hosted a photo gallery of the where, who and how of their services.

I was struck by the wonderful use of their normal, bold colours. Especially with the pipes in the data centre below.

I was working as a guest in a company one time who’d then recently had a logo facelift. This also brought along a new palette.

The Marketing police issued a slidedeck that stipulated how and precisely which each of their colours should be used. If you’re into design a bit, you’ll know that the RGB palette has 1.7m colours. These guys had a handful that were to be used separately.

So what did I do? I put up one slide where all the colours where featured.

Clashes. Dazzles. They should be used alone only.

And all either wrong or irrelevant.

Colours are your colours. Not just one department’s. If you see the chance to sparkle with something not on a centrally-stipulated template, then do it.

Google are clearly in that space, and it hasn’t done them much harm, has it? 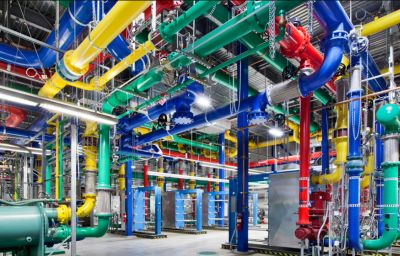