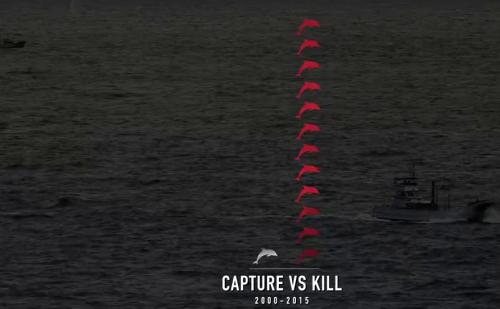 This is a worthy film that has graphics aplenty. It seeks to document the pain and impending disaster our ravaging of the oceans will wreak.

Charts are animated throughout. Many cleverly shrinking and increasing to ram home the sheer scale of our fishing lunacy.

An early example (above) features the peril we have placed dolphins in. In the mould of old-school unit charts using isotypes. Set against a backdrop of dark, dangerous waters. 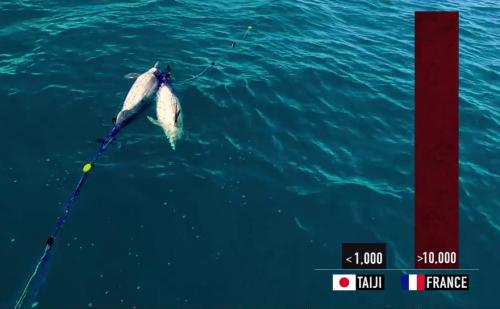 A plight soon amplified through comparison of infamous annual Japanese cull, subject of Oscar winning The Cove, and uncaring bycatch off the Western French coast. 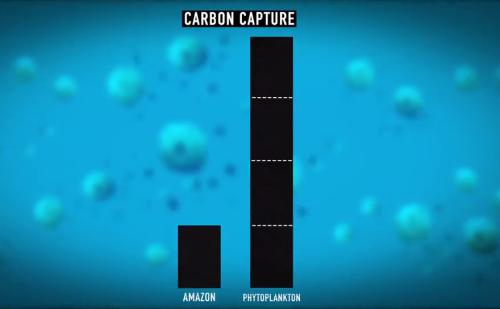 A simple barchart shows how the smallest of creatures can capture four-times the carbon of the Amazon rainforest. Yet we don’t seem to bother that we’re killing them off. 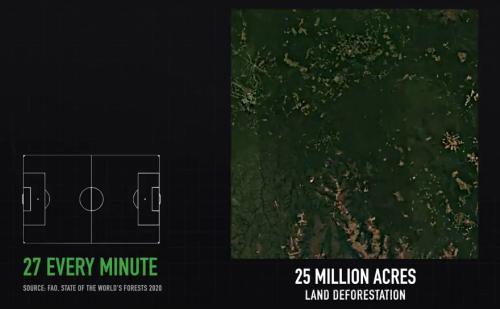 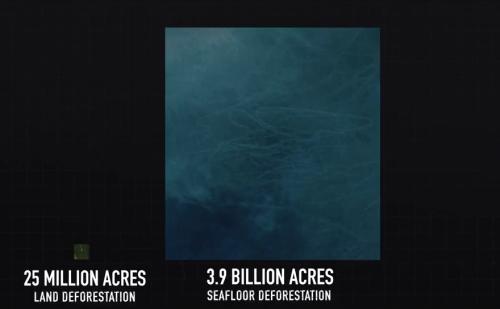 A point further drilled home with the incredible scale of sea destruction dwarfing that of our forest provided lungs of the planet. 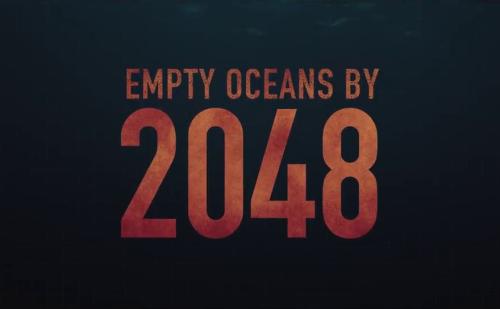 Reminding us at what point in the not-so-distant future we’ll have ruined everything; 2048. 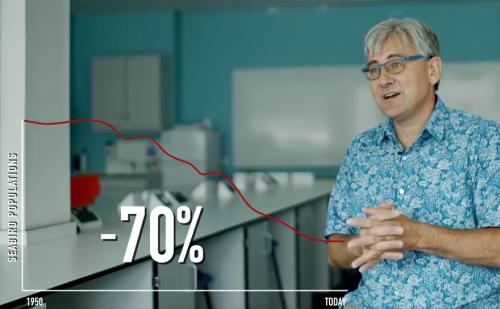 Not satisfied with killing the oceans, sea birds are collateral damage. 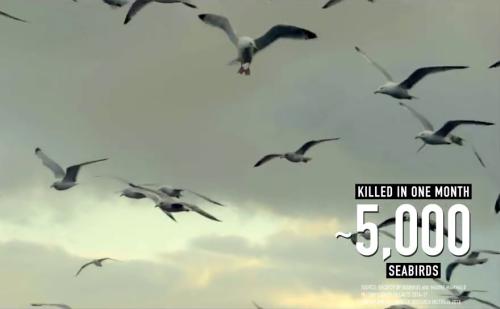 Then the film ends with the emotional testimony of an Arctic fisherman. Fronting up about their island cull. Justifying one small sea mammal to feed his family as no worse than raising a number of chickens. 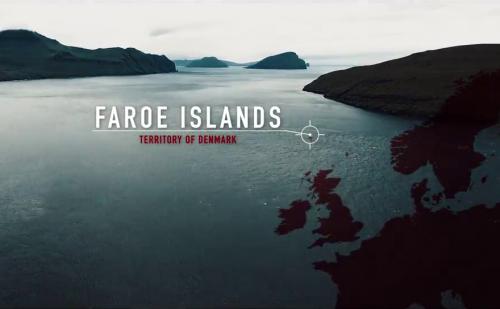 An interesting set of ‘chart slides’ nonetheless. Picture backgrounds for graphs, maps and big digits deployed each time. With many ideas for our next chart deck insert or standalone image.

Watch for yourself, and you’ll see the story behind these opening lines from London’s Telegraph review;

It’s the surprise documentary hit of the year so far, confrontational in style, shocking in content, and raising hackles across the food and scientific community.

Netflix’s Seaspiracy tells it baldly: our oceans are heading for disaster, and it’s our fault.

The film dwells on blood-drenched scenes of dolphin slaughter and sharks stripped of their fins, but at the core of the problem is more mundane overfishing.

Years of industrial-scale trawling, dodgy farming and appallingly high levels of “by-catch” (accidentally caught fish that is generally thrown back in the sea to die) have left stocks in a parlous level. Apart from the loss of wildlife and damage to the marine environment, it compromises the ocean’s ability to act as a “carbon sink”, which is vital if we are to control global warming.