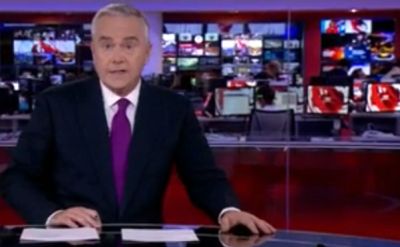 Welshman Huw Edwards reads autocue for a living. Once in a while he is let loose. He narrates on big set piece live events.

These have included both the Opening and Closing Ceremonies from the 2012 London Olympics.

Danny Boyle’s Opening Ceremony was (mostly) terrific. As part of his preparation, the telly man had several polite conversations with the director about how to treat it for a television audience.

It became pretty clear that the artist preferred a mute voice-over.

The commentator decided to keep interventions to a minimum, but would have to speak when, for instance, explaining that Kenneth Brannagh was about to read lines from The Tempest.

With a track record in such long events (two to three hours) Huw knows how to prepare. A two-pronged prep;

Think of the kinds of words you want to use, and

The shape you want it to take.

Feels pretty sound advice for any seller too.

For we also have lengthy set-piece style events.

Hopefully not in the form of a marathon slidedeck.

How are you preparing for these?

Think through a list of words you want to be using.

What words would you want your audience to realise you repeated the most?

Think through the shape of each such meeting.

How does an ideal forum flow?

Then you can make sure you both hammer home key trigger words and progress along your perfect structure.