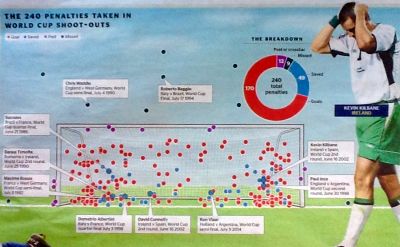 That was the pre-Russia standing of scoring likelihood in the stalemate breaking intense drama of world cup penalty deciders.

And then England finally won a shootout. Their Last 16 knockout tie against Colombia in 2018 brought tears to many an English eye of my generation and beyond.

In the aftermath, an oldtime colleague of the mastermind hit the airwaves. When England Manager Gareth Southgate was in the domestic game, he employed the services of a mental coach.

Whilst primarily aimed at helping players, he ended up spending more time with staff.

He revealed a fascinating piece of preparation by Team England.

Leaving side the impact of a keeper for the moment, they studied all the pens taken. They realised that England players were the quickest to take their kicks.

Everyone else took longer.

So they deduced that slowing down the whole process might work. And the psychology backed them up.

Evidently when the pressure is on – really on – the tendency is to rush. And rushing (which can also lead to panic) means mistakes are made.

The solution is proven to be slowing things down.

Indeed, one example cited was with the army. Certainly potentially the most high pressured of environment, where – rather unfortunately though – they name this “the cigar moment”. When they may be engulfing battlefield chaos, go on one knee and regroup your thoughts. Then act.

Indeed, the practicalities appear borne out from the football. In this case, player turned pundit Chris Waddle – who famously missed his vital pen when we should’ve beaten the Germans in Turin at Italia 90 – smartly noted that the one player who was quickest to walk from halfway to the box then raced to shoot, Henderson, was the one Englishmen to miss.

Sadly the sports psychologist from whom I took this winning point seems to use his media appearances to also promote political views. We can’t have everything.

Still, this remains a cracking tip to take on board. I’ve squirmed at countless pitches where the presenter is clearly rushing. Nerves have been allowed to run riot. Calm completely cracks. Conscious deployment of slowing things down works wonders. Make sure you too can take back control. 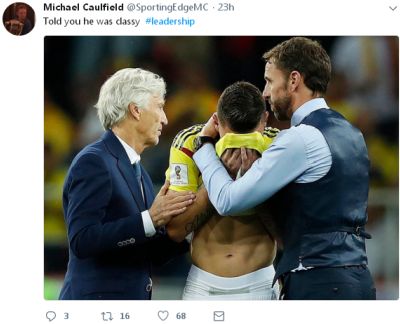 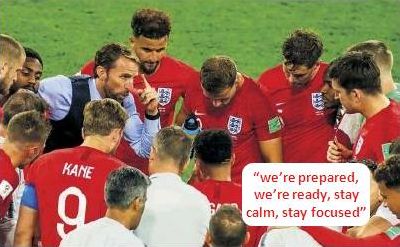