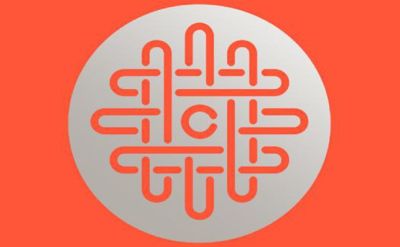 The Circle is the internet. All today’s e-, +, i-, and 2.0 tech amalgamated into one wonderful entity. Or should that rather be, one beast.

If you ever worried, whether just a smidgen, that a ubiquitous web monopoly can, even accidentally, become truly evil, then in this novel you certainly have one powerful depiction of what might come to pass.

Whilst throughout there are tantalising glimpses of Sales tactics, one passage early doors gives us a fascinating new product demo.

We smoulder in the heat of Circle boss – one of the Three Wise Men no less, “about forty-five” Eamonn Bailey “wearing jeans and blue V-neck sweater” – firing up the troops in the Great Hall.

(This venue was part of the Enlightenment complex, “a 3,5000-seat cavern appointed in warm woods and brushed steel.” “Forty-five million dollars. Bailey modeled the stripes off the Duomo in Siena. Nice, right?”)

The product? It’s a standalone webcam. One strand being they get surreptitiously planted around the globe. Stuck on a stick they’re the shape of a lollipop. Obviously a lollycam, then? They strangely eschew such labelling.

Dressed up as a “Dream Friday” whats-on-the-benches update, it quickly becomes clear this is a soft launch event. Unleashed from the labs to the ten-thousand employees for something a little beyond alpha-testing.

A personal HD unbreakable webcam “the size of a thumb. Well, a very big thumb.” Yours for “fifty-nine dollars each”.

The $60 bit of kit gets a slick launch. So well-rehearsed it feels pure improvisation.

The tricks of the trade could have the feel of a hypnotic self-help shamster.

There’s the (staged) set-up. Wallowing in the problems of getting hold of an accurate surf report.

There’s a glimpse into the offer. A single screen of cinematic seascape.

There’s the gentle seeding of cost benefit, “this with extant technology would have been prohibitively expensive for the average person”.

Then there’s a terrific sequence where the feeds on display explode from the original solitary beach view to, quite possibly, thousands of varied scenes.

A great example of providing an effortless, deep ‘day one’ user experience.

Each expansion seemingly giving rise to yet another, separate reason to buy. From ski reports to crime reduction to instant accountability to infirm grandparents.

Don’t forget the political punch. It’s all for the good of humanity. Didn’t you know?  There’s fifty live in Tiananmen Square, and further coverage of a dozen authoritarian regimes, from Khartoum to Pyongyang. “Tyrants can no longer hide.” Hurrah.

Even the name echoes making the world a better place.

Why restrict to cam-on-a-stick? They can be worn around necks alongside other pendants and lanyards. Another wow.

So hear the mantra.

“ALL THAT HAPPENS MUST BE KNOWN”

Every launch needs an inspiring slogan.

Although it’d be best if yours isn’t quite so chilling.

“The audience was standing now. The applause thundered through the room.”

On cue there’s soon the raucous clamour for the cams. “We want it now!”