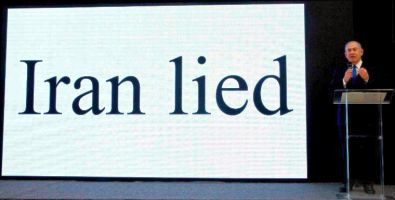 Bibi’s been at it again. As recently as February he was owning the airwaves for a precious cycle with his debris prop.

This week he apparently ‘influenced’ the USA’s withdrawal from the Iran Nuclear Deal.

With a Powerpoint presentation.

One culled straight from the 90s too.

The screengrab above was the single slide which sped across the cyberlines.

It was not the first one. It appeared sandwiched between the Iranian Foreign Minister and a map of Shorabad in Tehran. But it was perhaps his best.

For good measure, after reading them aloud, he added, “big time”. As for the rest, well, if I’d have produced such when a cubrep back in the day, I’d have been told to start again. Here’s a collage of four to give a design flavour. 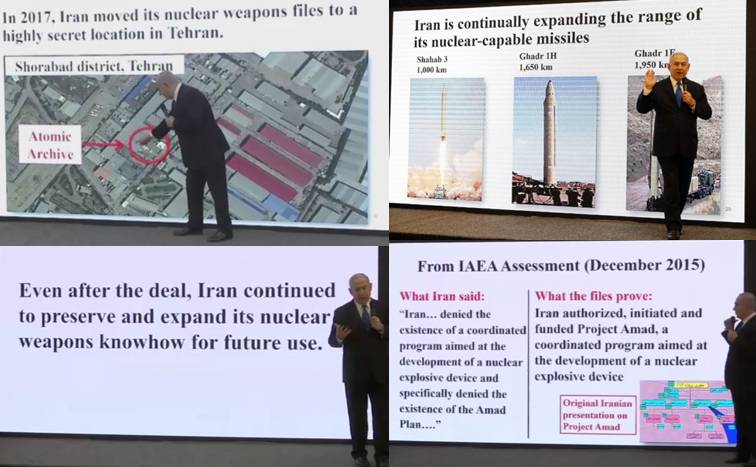 But what does it matter?

Netanyahu would argue ‘mission accomplished’ His target was hit. My Boy Donny duly, to use his word, nixed the deal.

And maybe that simple slide made a difference.

Another honourable presenting mention ought go to his pair of props. They didn’t work so well. Yet many a photo of them flooded through feeds regardless. 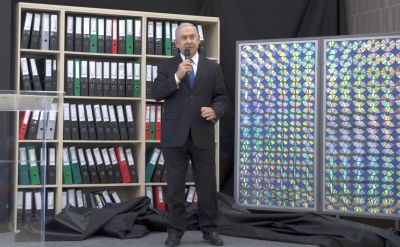 55,000 pages in old school lever arch folders and another 55,000 files on 183 shiny CDs. Lined up on shelves and a specially made exhibition case after a stage magician-esque sheeting removal ‘reveal’.

There may well be a tiny idea in here you can use to nix your competition, prospect doubt or general lack of deal urgency.