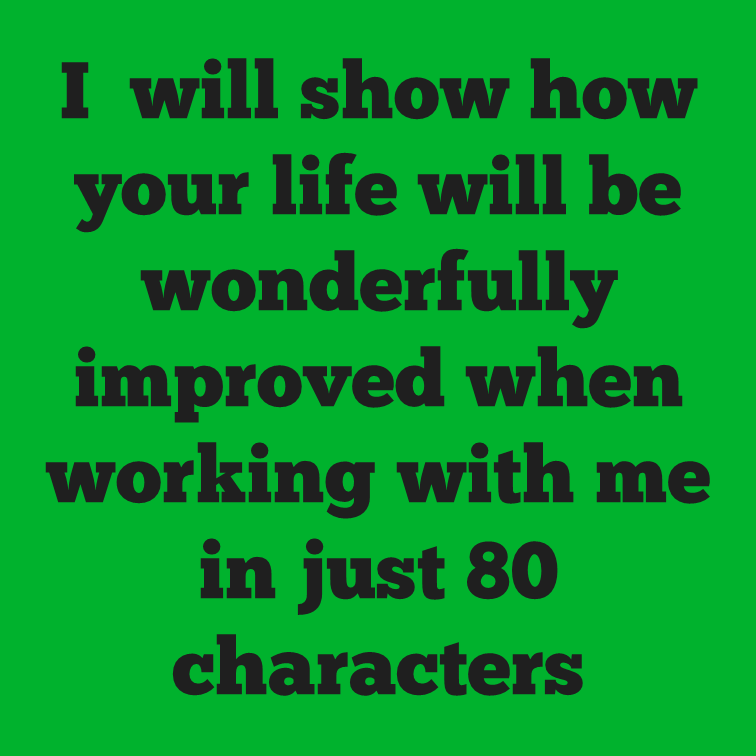 The online tasks marketplace is such a crowded and bewildering space.

Elance and Odesk merged recently. Then there’s the other end of the spectrum. Amazon Mechanical Turk. And all manner of options in between.

Do freelancers and their clients alike really gain from them?.

Fiverr‘s initial edge was the focus on outputs that could be done for just ‘five dollars’.

The way they prefer to work is for the freelancer to advertise themselves. They do so by way of a short statement of what you’ll do for your “gig”.

These always start with two small words; “I will…”

Here’s a random handful of such descriptions. Although I take these from across the ‘graphics & design’ subsection the level is pretty much the same throughout;

I will design a Professional Album cover
I will create AWESOME infographic for you
I will design your form, invoice, receipt
I will design a beautifully minimalistic PowerPoint template
I will write a short message in the froth of a cup of cappuccino coffee, NOT photoshop

Discounting the obvious where English is not quite a first language, or they’re written by teenagers determined to evolve grammar for ‘their’ century, the brevity and snappiness wins.

One single sentence to sum up what you provide.

That’s quite a discipline.

There are even ‘experts’ on Fiverr that offer to do such for you as “I will rock your gig I Will”.

I’ve run many ten-minute sessions to craft the Harvard-inspired 8-Word Mission (note also the septaslogan). The number of people that insist a dozen-plus words can actually be counted at eight is remarkable. Especially the higher up the chain you go. All the way to Chief Exec.

It seems such Fiverr “titles” are limited to 80 characters. Around half-a-tweet.

What strikes me straight away when reading through them, is the number of generic, deliberately broad I will’s.

How do you expect to win gigs if you’re the thousandth person to also say “I will do awesome presentation”?

The more lasered-in on what you uniquely do the better. The smaller this niche the better. And the more you preclude rather than include possible clients much the better too.

Then there’s the intended audience’s angle.

What is it that they are hoping someone will do for them?

I bet your current customers and prospects can give you heaps of inside hints here.

And it is in a combination of these points that your precise reason for existing ought be framed.

Give it a go yourself.

Make it as crazily narrow as you dare.

Check it against customer and prospect aspiration.

Use it as a sales tool. Lots.