One reason I look in on Barcelona’s Mobile World Congress each year at this time, is not because it’s the leading event for mobile mega launches. Rather, these are the people with the biggest budgets, so their slide design should be where we are all headed too.

Last year I noted there wasn’t much innovation in their collective visual display of data.

So does this year’s show theme, The Next Element, herald any new precious minerals for our static slide design to mine?

Well. My initial observation was that there were a remarkably small number of data depictions deemed worthy of capture by the instagram-sharing attendees.

Instead, what filled my scrolling screens where slides were snapped were plain text slides. Typically in the form of quotes.

Now I am most wary of the oft-ridiculed display of deepisms. Supposed wisdom from a figure of “repute”.

There is definitely a hierarchy of quotes. With virtually every level being ill-advised. The best tend to feature a political force within your audience organisation. Even then, deploy with care.

What’s interesting about mwc17, is the predominance of simple fallback of centred plain text on a darker background.

There were exceptions of course. Mostly disastrous. Here’s a random selection of shiny prose;

The expensively produced unique corporate backdrop seems popular. I like the graded colour atop an image vibe. I less like long explanatory sentences a paragraph long. You sense that straightforwardness has caught on, not an underline or mini-box in sight. At least screamy capitalisation is out.

Finally part one, possibly the most data-leaning imagery came from a fashion brand watch face; 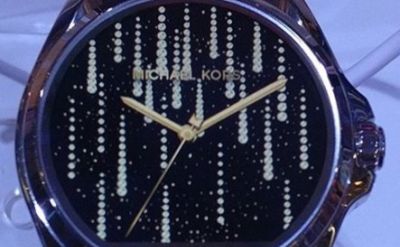 Finally part two, there was this solitary reminder that if your slide slogan looks good on a t-shirt, then you’re onto a winner; 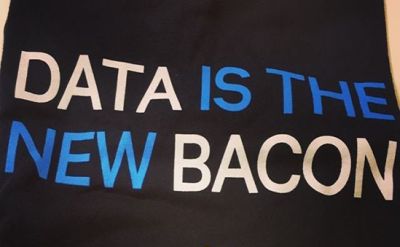